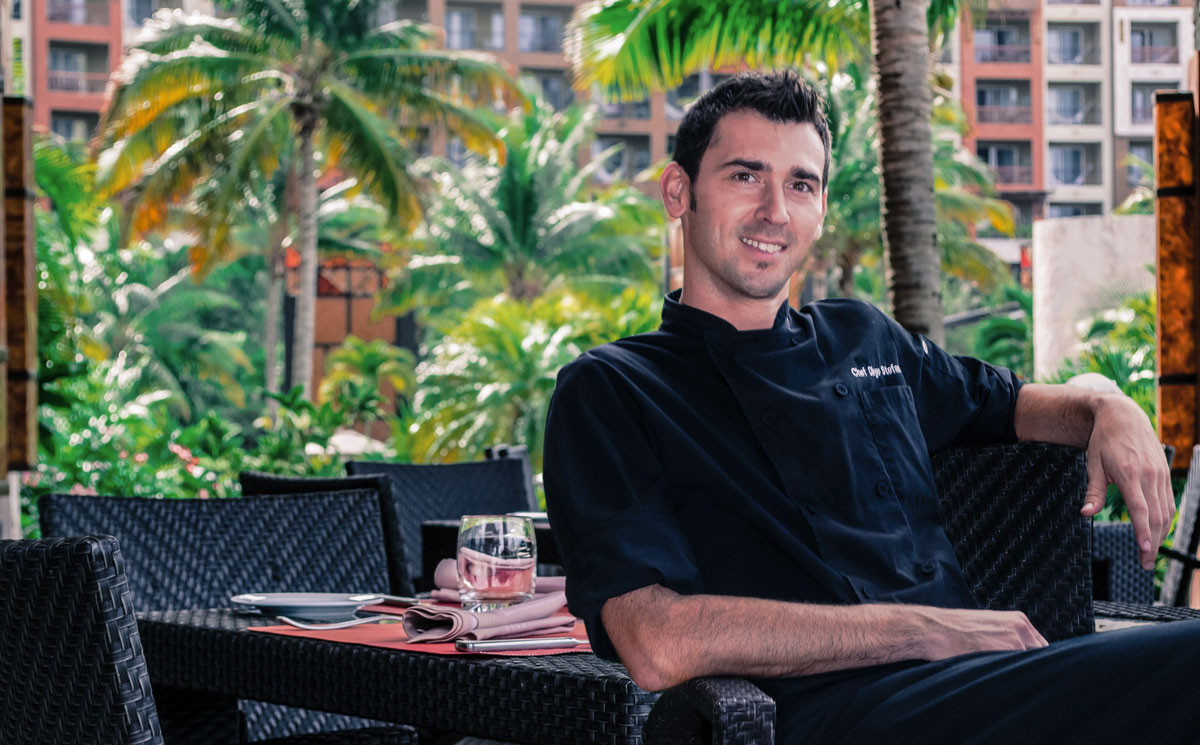 Our young Italian chef, Diego Stefan, currently spends his days wowing the discerning palates of vacationers from around the globe at Davino’s Mediterranean restaurant located at Villa del Palmar Cancun Luxury Beach Resort & Spa; but his love for fine cuisine started from a much younger age growing up near Venice in Padua, Italy.  In a recent interview, our charismatic chef explained how his inspiration to pursue the culinary arts began with his family: “My parents are restaurateurs in Italy, so you could say I have gastronomy in the blood. From about 12 years old I began working in restaurants, so by the time I came to study gastronomy formally in Italy, I already had a strong basis.“

His studies and career took him all over the globe from Italy to China, Las Vegas, Bermuda, and ultimately landed him in Mexico where he has delighted foodies in Acapulco, Playa del Carmen and now Cancun.  So, what exactly drew him to the position of Chef Patron at Villa del Palmar Cancun?  Chef Stefan says, “When I met with Mr. Gallardo, the resort manager, I was inspired by the vision he had for the hotel as well as the vision he shared with me about Tafer Hotels & Resorts as a hospitality group. I was really excited about the projects planned for the future and the focus on luxury, not only at the Cancun resort but also at the resorts being built in Riviera Maya and Los Cabos.”

As a chef who hails from Padua, Italy you may rightly assume that his indisputable culinary talent would veer toward Italian fare.  Managing Davino, however, has allowed his exuberance for Mediterranean cuisine to take center stage, offering dishes that incorporate ingredients not only from Italy but Greece, Egypt, Cyprus and North Africa with underlying influences from Spanish and French cuisine. 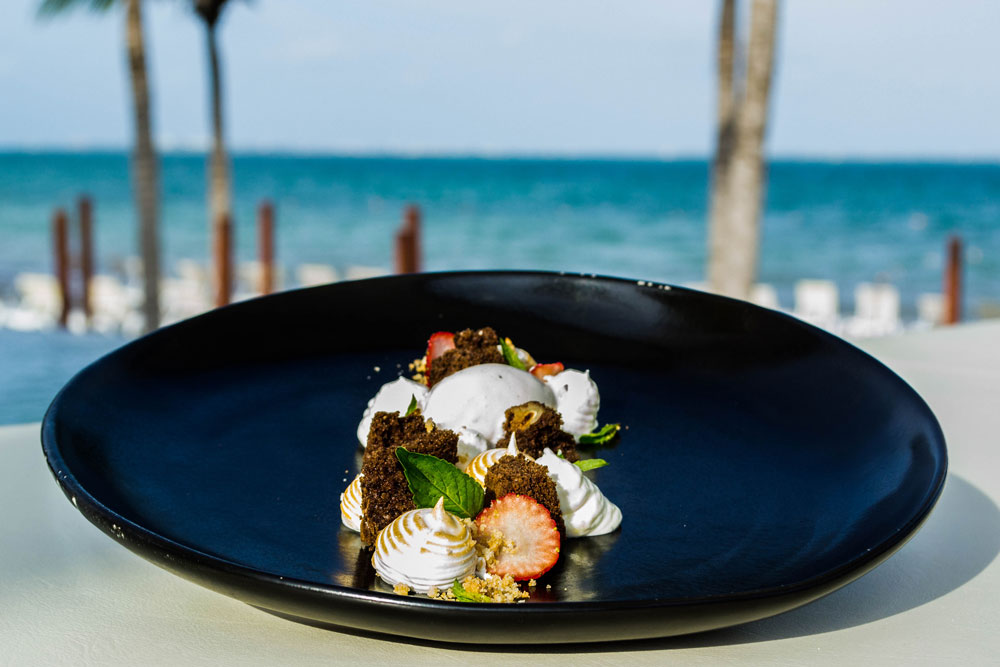 In addition to the food itself, Chef Stefan prides himself on the overall concept of freshness woven throughout the menu, “Not just how fresh our ingredients are or that the dishes are made freshly in the moment —that should be a given— but the freshness of the flavors and light crispy textures. Like mixing fresh fruit in savory dishes, whether that be main courses or salads. For example, one of our most popular salads is a dish that combines watermelon with goat cheese, while another is with orange and ginger.”

The title Chef Patron is an honor Stefan takes very seriously, and while creative innovation is an essential facet to any successful eatery, he believes it should take a backseat to discipline and responsibility.  He explains that running a restaurant requires both diligence and organization as well as creativity in order to ensure that guests experience that “wow” factor while maintaining numerous aspects behind the scenes running like clockwork.  As he puts it; “Each chef has his or her own creative flair, but I think that without discipline creativity can be wasted, especially when you are in charge of a restaurant.”

Why not see for yourself at Davino restaurant on your next visit to Cancun?