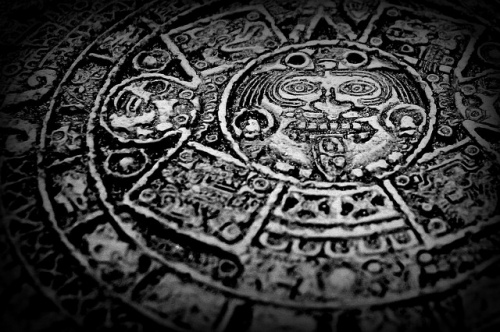 The advanced Mayan calendar and spring equinox have a special significance in Cancun. Every year on March 21st or 22nd, multitudes of tourists visit the ancient ruins of Chichen Itza in the state of Yucatan, Mexico, located approximately a 2-1/2 hour drive from Cancun. These dates coincide with the spring equinox when the measure of day and night are equal in length and visitors flock here to catch sight of the magnificent astronomical calculations that were measured using a combination of three amazingly accurate Mayan calendars. On this day, a serpent appears to slither down the northern side of the Kukulcan temple, the largest pyramid, which creates an awesome spectacle.

There is no doubt that the ancient Mayans, who once inhabited the area of Cancun, are to be admired for the precision and exactitude of their astronomical measurements. The once thriving civilization built magnificent temples, that at precise moments throughout the year, would display unique phenomena to represent the different cycles of the Earth and its universe. These cycles, measured by the application of three ancient Mayan calendars, are still admired for their incredible accuracy and complex calculations.

The first of the Mayan calendars is the Tzolk’in, or Sacred Round. This unique calendar used a system based on a 260-day cycle and was believed to represent one of two powerful occurrences in Mayan tradition: human fertility and the pattern of corn cultivation.  The calendar is also based on the numbers 13 and 20, two important figures in Mayan traditions. The 13 numbers, called tones, and the 20 glyphs, or images, worked together like a rotating clock to tell time in terms of days and months. This 260-day cycle, known as the divinatory year, was largely associated with the good or bad luck to be had on various days throughout the Mayan cycle. This spiritual representation for the Mayans did not match up with length of a complete solar year, therefore they implemented the use of another calendar, called the Haab.

The Haab is a calendar that works on a 360-day cycle, quite similar to the Gregorian calendar we use today. Unlike the Tzolk’in, it is calculated in relation to the placement of the sun at various times throughout the year. The use of the Haab was extremely important to civilian life in the Mayan civilization. Its cycle was used to mark important accounting, economic and agricultural events. Although its yearly calculations are a bit different from the 365 day year we are accustomed to, the Mayans made up for the five day difference with a period of nameless days that were believed to be those in which the gods took a rest. These five days, considered to be a dangerous time because the Earth was left unprotected, marked the end of the Mayan calendar and the beginning of a new cycle.

To the Mayans, it was important to be able to keep track of their history, which constituted much longer lengths of time. In order to do so, they created a third calendar, called the Long Count. This calendar represented a cycle of the universe which lasted 2,880,000 days, about 7,885 solar years. Its end marked what the Mayans considered a rebirth of the universe, resulting in great celebrations, much like the New Year’s festivities we participate in today.

The incredible exactitude and complexity of the three Mayan calendars is something to be admired and it is just one of the many reasons the Mayan civilization is considered one of the greatest of all time.