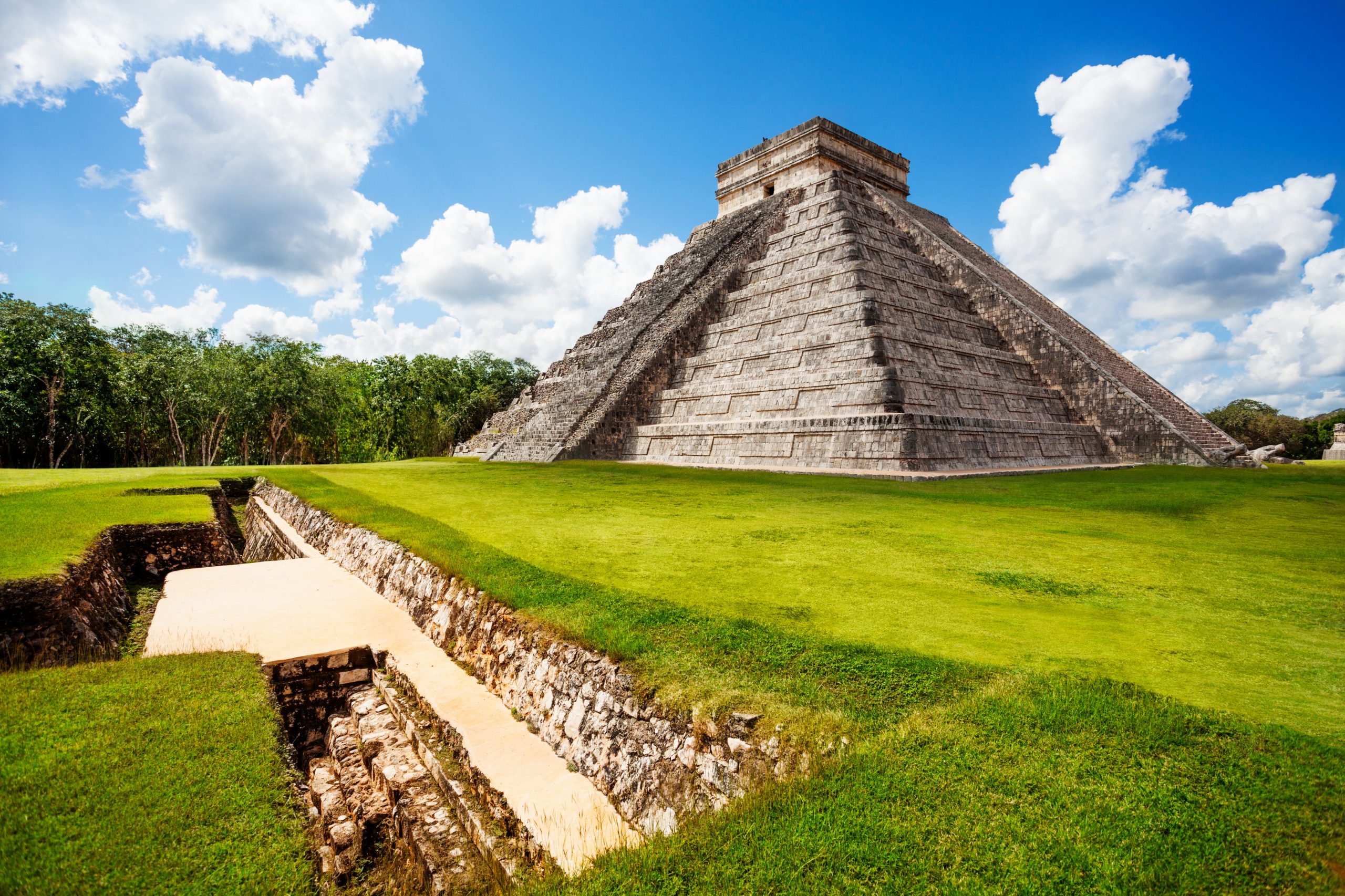 If you are interested in Mayan ruins sites in Mexico, you may also be interested in following the Mayan Train project as it progresses. The Mayan Train (Tren Maya in Spanish) is a railroad loop construction project started in earnest in December 2018 by the administration of Mexico’s president, Andrés Manuel López Obrador. The project was a campaign promise of López Obrador, who hopes to finally succeed where previous administrations have failed to build a high-speed train system in the Yucatán.

Once completed, the Mayan Train railway will form a 1,525-kilometer loop through the states of Quintana Roo, Tabasco, Campeche, Chiapas and Yucatán, with 17 stations.

The goal is to increase tourism and economic development in the Yucatan region by connecting popular cities and archaeological sites by rail, and leveraging the tourism economy of those areas to bring more visitors inland to the less traveled colonial cities, Mayan villages and archaeological sites in the region. The National Fund for Tourism Development (FONATUR) is heading up the project.

The loop will be divided into three routes: The Gulf Route coming out of Palenque, with stops in the cities of Tenosique, Escárcega, and Campeche, continuing north with stops in Maxcanú, Merida, Izamal, Chichén Itzá, Valladolid, and Cancún, where the Caribbean Route will start, coming down through the Mayan Riviera, with stops in Puerto Morelos, Playa del Carmen, Tulum, Felipe Carrillo Puerto and Bacalar. The Jungle Route will go from Bacalar to Xpujil and Calakmul, before closing the loop at Escárcega.

FONATUR estimates that the train will bring three million tourists to the Yucatán peninsula per year in its first few years of operation. At completion, the capacity of the train system is estimated to be approximately 8,000 riders per day.

Other sections of the route will place new train tracks into existing highways or electrical power line routes, so as not to disturb the environment by building a railroad line from scratch. However, much of the proposed line will indeed have to be built from scratch, where there are no existing train tracks or other infrastructure. This, of course, raises environmental concerns.

One of the proposed ideas to reduce environmental impact is using emissions-free hydrogen locomotives from France on the trains that traverse the Calakmul biosphere reserve. Hydrogen trains have fuel cells that produce electricity through a combination of hydrogen and oxygen, a process that produces only steam and water as emissions.

The project has an estimated cost of 150 billion pesos (7.4 billion US dollars). Funding will come from a tourism tax, as well as funds diverted from government programs, as President López Obrador reorganizes federal spending under his administration’s budget.

Business leaders in Merida, Yucatán expressed their support for building four kilometers of the railway underground as it passes through the city of Merida. This would preserve the city’s historic center while still allowing the train to pass through. This is in contrast however, to previous proposals that specifically mentioned that it would be better not to tunnel underground in the Yucatán peninsula because of the many underground rivers and caves, so it is not yet clear if tunneling will be part of the plan. Tunnels for animals to pass through have also been proposed, in order to minimize impact to animal habitats, especially monkeys and jaguars.

It has been proposed that the train route should also be capable of servicing cargo transportation, and functioning as a commuter line for locals around certain municipalities on the route, i.e. from Cancun to Playa del Carmen.

The Mexican government hopes a tourist train can turn the lesser known pueblos magicos (“magic towns”) and Mayan ruins sites into destinations, bringing an infusion of cash and jobs into poor and marginalized regions.

While Palenque, Merida, Cancun, Playa del Carmen and Tulum are all pretty well-known destinations, there are several other cities on the route that are lesser known but beautiful, with lots of culture and history.

Izamal is a pueblo magico in the state of Yucatán that has 5 pre-Columbian pyramids. Known as “The Yellow City” because many of the buildings in the old part of the city are painted a bright and lively yellow color, its large Franciscan convent was built on top of a Mayan pyramid during the Spanish colonization. Stones from the pyramid were used to build the convent, and construction was completed in 1561. You can still see some of the original Mayan carvings in the stones. The convent is still used as a church, and it is still the center of the community. It has a museum with religious artwork and information about the Pope’s visit to Izamal in 1993. Izamal has another pyramid called Kinich Kak Moo. Visitors can climb the steps to the top and get a view of the surrounding area. Its footprint is the largest of all pyramids in the Yucatán peninsula. Another attraction in Izamal is its museum of artisans, which features Mexican arts and crafts from around Mexico, including Yucatán.

The city of Campeche is the capital of the state of Campeche. The city center has colorful painted colonial style houses and a historic fortified wall surrounding the old town. Campeche is home to the Maya Museum, where visitors can see historical Mayan artifacts. There is also a botanical garden and a boardwalk along the Gulf of Mexico shoreline. The nearby and lesser known Mayan ruins of Edzna are impressive and well preserved, with several structures in the step pyramid style dating back 2000-2400 years. Edzna is a relatively easy site for tourists to see, as it is smaller than Chichén Itzá, and you can see everything in the site within 2 hours. Campeche has long been popular with European tourists, but less so with North Americans. The Mayan Train aims to draw more North American tourists to Campeche and the other stops along the route.

According to FONATUR, the crown jewel of the Mayan Train will be Calakmul. Calakmul was historically one of the most important Mayan cities, but the ruins are less visited than others in the region, like Tulum. The organization hopes to leverage Calakmul and the Mayan Train to redistribute tourism throughout the region, so that tourists don’t congregate only in one place. Too much tourism in one location can lead to environmental destruction. FONATUR hopes to help spread the love so that tourism to all of the amazing Mayan ruins sites can be managed in a more sustainable way.

These are just a few of the stops on the Mayan Train route. The full list of stops includes 17 stations:

But remember, until the Mayan Train is built, you can still travel to these 17 destinations by driving! Roads and highways connect the numerous Mayan ruins and other attractions in the Yucatán peninsula, so get out there and explore!