Recent research has suggested a new political geography of the ancient Mayan empire.

Archaeological sites abound throughout the Yucatán peninsula that show great construction projects that force us to think that even the centers located on the periphery of large cities were much more complex and extensive than previously believed.

For example, as of today there are only 68 archaeological sites in the Mayan area that have been investigated and that are open, out of the thousands of total Mayan ruins sites in the world. Most of the sites that exist are still closed or in the process of restoration and investigation, and the evidence leads us to think that there are many other sites that haven’t been discovered yet. The number of new sites that have been discovered since Morley’s research have proven some of his theories wrong and shifted the way archeologists view the entire Mayan empire.

Recent findings show that there were in fact large cities in areas of the Mayan empire that Morley believed was “unpopulated territory.”

Although Morley and his contemporaries knew about the sites in the Petén area of northern Guatemala, in 2018 a team of researchers supported by the PACUNAM Foundation found evidence that there were many more sites in this region than previously known.

The team used laser technology to scan and map more than 800 square miles of land in the jungle of the Petén region. The laser scanning revealed approximately 60,000 hidden Mayan structures buried under the jungle. The structures include houses, fortifications, and elevated causeways linking Maya cities, which may have been used to facilitate trade between different regions of the empire. The scan also revealed a seven-story pyramid covered in vegetation.

This discovery dramatically increased previous estimates of the number of people who lived in the Mayan Empire.

Similarly in Mexico, the discovery of the site of Dzibanche in the south of Quintana Roo has reshaped the way we view the history of the Mayan world.

Dzibanche was a major Mayan city. Investigations into this site in the 1990s and 2000s returned remarkable findings, including that of the so-called “ladder of the captives.”

The Ladder of the Captives is a collection of hieroglyphic steps recovered by Dr. Enrique Nalda and his team at Dzibanche in 1993. Each step has engraved hieroglyphic texts and a scene showing a captive, as well as a glyph representing the head of a snake. The steps formed part of a stairway and the inscriptions as well as the images depicted suggest that this stairway had once contained prisoners.

This glyph was associated with the lords of Calakmul and had been considered the emblem of the Kaan dynasty, which in protomaya language means “serpent.”

The glyph, previously considered to represent Calakmul, was actually first used in Dzibanche, long before any other kingdom, so it is now believed that Calakmul was not the only capital of the Kaan kingdom. It is possible that Dzibanche was the capital for some time during the Early Classic period.

Do you want to know more about Dzibanche and the Mayan world? Be a witness and protagonist of a new story. Visit Quintana Roo.

What Are Signs of Good Luck?

Coronavirus Update: There are No Restrictions on Travel to...

Choosing the right Wedding Cake for your Big Day! 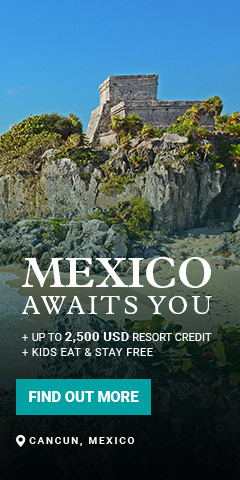