The Holidays are a great time of year to take a vacation in Mexico, providing a once in a lifetime experience for the entire family. Bearing in mind that Mexico is a predominantly Catholic country, celebrating Christmas happens in style, with festivities generally beginning with the commemoration of the Day of the Virgin of Guadalupe on December 12 until Kings Day on January 6 (Día de los Tres Reyes Magos). This period is affectionately known as Guadalupe-Reyes and many use it as a pleasant excuse to be sociable with friends and family. Curiously, many claim that the Holidays in Mexico do not officially finish until February 2 on Candlemas.

Despite the fact that Nativity scenes are common in most countries where Christianity is practiced widely, Mexico will surely astound you with the sheer numbers you will see on public display. 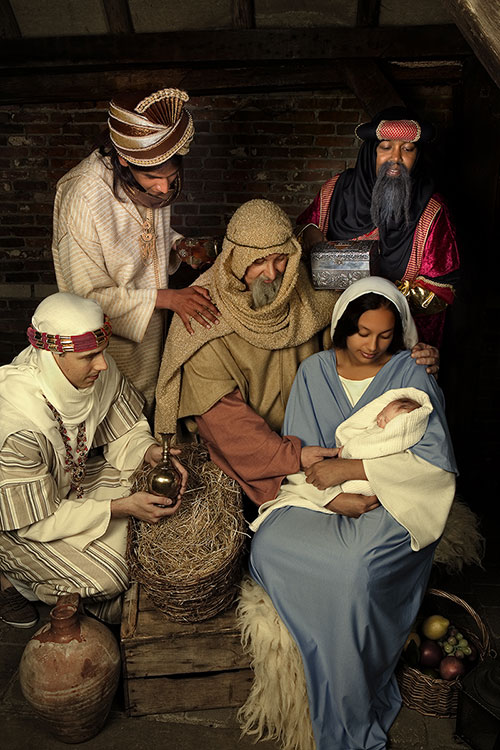 Hotel lobbies, shopping malls, the local store, the town square, even the dentist will no doubt have its own Nativity scene awaiting the arrival of El Niño Dios (Baby Jesus) on Christmas Eve. In Mexico it is common that it is El Niño Dios and not Santa who brings gifts on December 24. Children can also expect even more presents on Kings Day, January 6.

One of Mexico’s most endearing and enjoyable traditions is the celebration of 9 posadas that begin on December 16 and continue each day until the last one is held early on December 24. Essentially, a posada is a Christmas party or social gathering where friends, family, or work colleagues get together in someone’s home. In the case of work parties, the venue is usually a rented events hall or restaurant.

A traditional Mexican posada will have a number of key elements, all with their own biblical or religious significance, as the festive party remembers the arrival of Joseph and the pregnant Virgin Mary to the town of Bethlehem. According to the Bible story, they asked three innkeepers for somewhere to stay and none of them had any space. Eventually, Joseph and Mary stayed the night in a stable where Jesus was born. What happens in a posada is that guests are divided into two groups: one group remains inside to represent the innkeeper, while the others are outside. Both parties recite a song, whose words reflect how the couple asked for somewhere to stay (posada). The song is sung back and forth until eventually the pilgrims are given posada.

Posadas are also famed for the particular types of food and drink that are served, such as tamales (meat or vegetables in mashed maize, wrapped in husks), buñuelos (friend pastries sprinkled with cinnamon), atole (a corn based drink served hot) and ponche (similar to mulled wine). All of this is followed by breaking a piñata and defeating the 7 deadly sins!

Pastorelas are popular throughout Mexico although they are common in Cancun. Similar to the way that the posada reenacts Joseph and Mary’s plea for somewhere to stay in Bethlehem, a pastorela is a short play that represents the moment when Archangel Gabriel appeared to the shepherds urging them to go and seek out the new born Baby Jesus.

Unlike North American and UK, it is tradition in Mexico to celebrate the main Christmas meal on December 24, known as Noche Buena, after a late mass around midnight. Earlier in the day would see the last of the 9 posadas. The types of food served changes depending on the region, although the tradition of eating cod is common in addition to ham and turkey. In contrast, Christmas Day is time for leftovers and a more relaxed atmosphere. 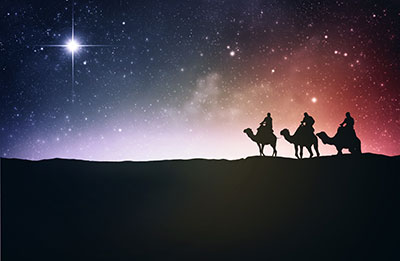 The final event in the Mexican Christmas calendar is Kings Day on January 6 which marks the arrival of the Three Kings to the Nativity scene. It is common in many parts of Mexico for children to receive their main presents on this day to reflect the gifts offered by the kings to the Baby Jesus: gold, frankincense and myrrh. Once again, the day is celebrated with yet another party at which the host will provide a cake in the shape of a garland called the rosca. Cooked within the dough is at least one ceramic Baby Jesus figurine and each guest has to cut a slice to see if they find the baby. If your piece of the rosca has the Baby Jesus, tradition indicates that the (un)fortunate person must throw a party on Candlemas, February 2 where the guests present will be invited to tamales!

With so many celebrations and parties to mark Christmas in Mexico, it is no wonder that the time of Guadalupe-Reyes is called a marathon. No matter what religion you are, Mexico will provide plenty of excuses to enjoy yourself during the Holiday season 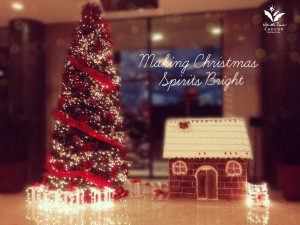