Best Day of the Dead Movies 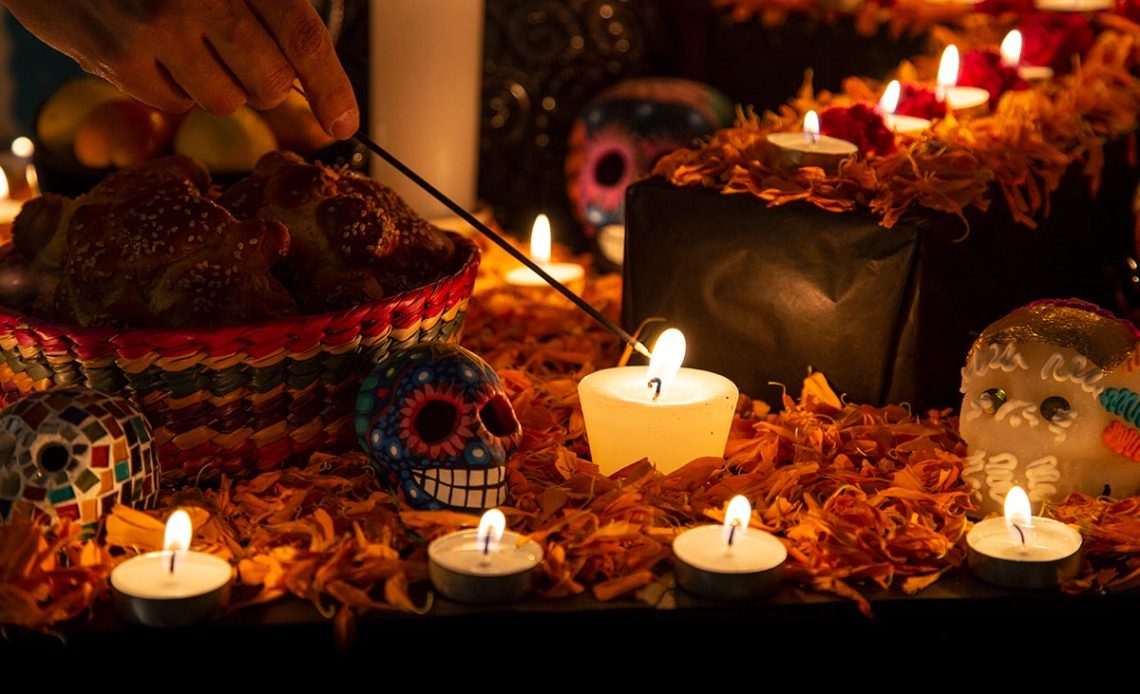 The Day of the Dead is Mexico’s most iconic holiday, famous around the world for its vibrancy and energy. It’s no surprise that it has inspired several Day of the Dead movies that aim to bring the vivid colors and sounds of the spirited festivities to the big screen.

But the Day of the Dead is about much more than parties and parades – it is a reminder to make the most of each day and our time with our families. Sitting down to watch some of the best Day of the Dead movies is a fun way to learn about the holiday’s traditions and values, which go back more than 500 years.

What is the Day of the Dead?

The Day of the Dead, or Día de Muertos, is a uniquely Mexican holiday that is traditionally celebrated throughout the country on November 1 and 2. It is a time when families come together to remember and honor their loved ones who have passed away.

But rather than being a sad occasion, the Day of the Dead is marked with singing, dancing, and parades, as well as the making of offerings at shrines and the graves of friends and family members who are no longer here.

No film captures the spirit and vibrant colors of the Day of the Dead quite like Coco.

The movie follows the story of Miguel, a young boy born to play music. However, he is forbidden from playing his guitar by his great-grandmother Coco, who carries the hurt from her father leaving their family behind to follow his musical career. But Miguel’s passion for music is in his blood and takes him on a journey to the Land of the Dead, where he is reunited with his relatives and learns about his fascinating family history.

When this Day of the Dead movie was released by Disney in 2015, it became an instant classic. It was a huge hit far beyond Mexico and was praised for its respectful and accurate representation of the country’s culture.

The Book of Life

Another hugely popular animated movie about the Day of the Dead. Like Coco, it has spectacular graphics, a lively soundtrack, and family at the heart of its story.

The movie is based on three friends – Maria, Joaquin, and Manolo. This friendship becomes a love triangle, with Joaquin and Manolo competing for Maria’s heart.

Along the way, Manolo is killed and reunited with his family in the Land of the Remembered. With the help of his deceased mother, he attempts to return to the living world to fight for Maria’s love.

The Best Day of the Dead Movie for Toddlers

Super Monsters brings the message of the Day of the Dead to the youngest of audiences.

This one-off special sees the Super Monsters marking the celebrations in the hometown of Vida, one of the show’s main characters, with plenty of joy and singing. Vida and friends’ experience can be enjoyed at home as one of the Day of the Dead movies on Netflix.

A Celebration of Life: The Best Day of the Dead Documentary

There’s more to this genre than Day of the Dead family movies. The Day of the Dead: A Celebration of Life documentary explores what the celebrations are like for families throughout Mexico.

The 60-minute special follows several families preparing for the celebrations, performing rituals to honor the dead, and explaining what the holiday means to them.

What Movie has the Best Day of the Dead Scene?

James Bond movies are synonymous with Britain, but one of the series’ most famous scenes is in Mexico City.

When Spectre was released in 2015, audiences were stunned by the film’s opening, which takes place in the capital’s main square.

The sequence joins Bond at the heart of a bustling parade before he becomes involved in an iconic fight scene in a helicopter high above the famous Zocalo.

The scene, which used more than 1,500 extras, inspired locals to re-create it as part of their celebrations the year after the release.

Celebrating the Day of the Dead in Mexico

The beginning of November is an extraordinary time to visit Mexico, with the whole country coming together in a mass celebration.

Joining Mexico’s big party and sampling the tastes, sights, and sounds that come with the Day of the Dead can make for an unforgettable trip.

For the whole month of November, TAFER is marking the occasion across all its resorts with unique cultural, culinary, and wellness activities.

A special package featuring exclusive extras, such as a Mezcal welcome pack, face painting, and massages using traditional Mexican ingredients, is available at all the resorts.