Get Your Summer 2021 Playlist Ready 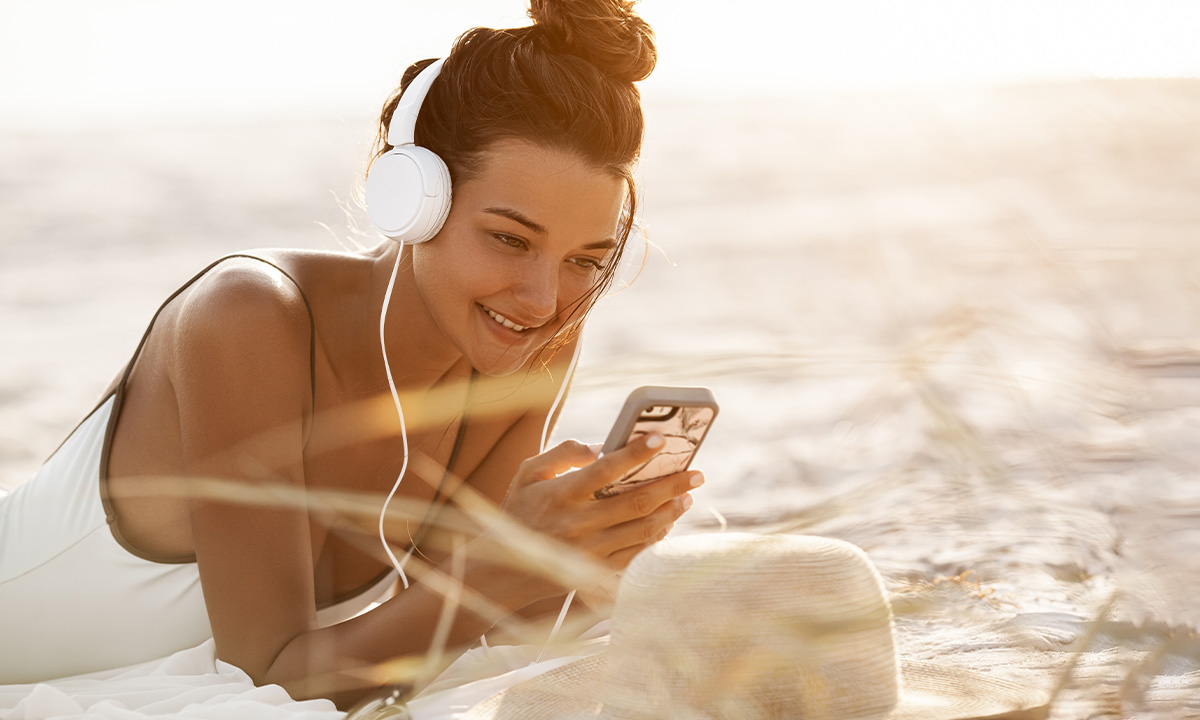 It is time to start putting together the soundtrack that will define your summer, that you will listen to for years to come and remember how special summer 2021 was because it gave a renewed sense of hope to everyone. Remember, back in the day, one of the greatest acts of love was compiling a tape or a CD and giving it to the object of your affection to take pleasure in it, to stir an emotional response, or even get them to fall in love with you? It was the equivalent of writing a love letter, or perhaps even better. Now it is time to write a sort of love letter to yourself by getting your summer playlist ready!

Music has always had a profound impact on people’s lives and it is closely linked with memory. Listening to songs from the past can evoke powerful emotions and take us right back to the moment where we first heard the song and associate it with a positive event.

Music not only stimulates the mind, but it can also set the mood and the vibe, whether that is happy, sad, calm, nostalgic, you name it. Listening to music that stirs something in your soul or makes you feel upbeat and want to dance is an incredible experience. To get lost in sound and just enjoy the moment can provide a beautiful escape from everyday life.

Each person enjoys music differently, but here we have put together our top picks with summery vibes and we’re confident that you are going to be adding at least a few of them to your summer playlist, regardless of your music tastes.

1. “Are You With Me” Remix by Lost Frequencies

If you are thinking about enjoying a summer vacation by the beach in Mexico, “Are You With Me” remix by Lost Frequencies is a must for your summer playlist. The first verse of the lyrics is:

I wanna dance by water ‘neath the Mexican sky
Drink some Margaritas by a string of blue lights
Listen to the Mariachi play at midnight
Are you with me, are you with me?

This upbeat tune right away puts you in the mood to dance and, of course, drink margaritas underneath the Mexican sky. Interestingly, this is a remix of the song ‘Are You With Me’ recorded by country artist Easton Corbin. The remix by Lost Frequencies made this song a hit all over the world. Lost Frequencies has said that he was surprised by the huge success of this track as he hadn’t expected it.

Olivia Rodrigo’s hit single “Drivers License” debuted at No. 1 on the Billboard Hot 100 singles. Rodrigo’s distinctive voice and catchy melody are no doubt the reasons behind its smashing success. This song is a confessional breakup ballad in the style of Taylor Swift. Great for listening to on hot summer nights while driving around feeling nostalgic for an ex.

“Albion” is by the Babyshambles and the acoustic version is sung by frontman, Peter Doherty. This is a perfect song for listening to around a campfire dreaming of all the places you want to go to, real or imagined. Pete wistfully sings:

Pete first performed this song as co-frontman of the Libertines before Babyshambles was formed. Also, quite well-known for his love of poetry, Pete taps into the vision of William Blake, who wrote poems about Albion, portraying it as a mystical England.

For fans of electronic, deep house music, the “Falling in Love” remix of the original cut from Vario Volinski by German duo Tube & Berger does a great job of capturing the feeling of passion when you are first falling in love and have a burning desire to see the object of your affection. The melodic background and repetition emulate the feeling of being in love and keep you constantly intrigued. The perfect track to listen to as background music to your summer romance.

For lovebirds affected by wanderlust “Ends of the Earth” by Lord Huron is a must to put on your summer playlist. Lord Huron, an American indie folk group, have a mesmerizing sound with a sweet melody and grungy undertone. This song is about wanting to explore the world with the one you love, profoundly expressed with the chorus:

There’s a world that was meant for our eyes to see
To the ends of the earth, would you follow me?

The conversation between the chords and the lyrics evokes the feeling of freedom and longing, desperate for a wayfarer lifestyle next to the person they love.

6. “Here Comes The Sun” by The Beatles

No summer playlist would be complete without the classic “Here Comes The Sun” by the Beatles. This song is timeless. While it first debuted in 1969, making it 52 years old, it is still popular today. It was first recorded on their album Abbey Road.

This song has universal appeal because it is cheerful, uplifting, and bright. George Harrison wrote the song. The seeds of the song were planted one afternoon visiting Eric Clapton’s house and while in the garden, he sang, ¨Here Comes the Sun´ at a time when he was feeling particularly disillusioned with his songs not being accepted by fellow band members. George completed the song while on vacation in Sardinia. Finally, George reached success with “Here Comes The Sun” and it was a standout song from the album.

Yuna is a Malaysian songstress who suggests with her song “Dance Like Nobody’s Watching,” to go on a solo journey of self-discovery and celebrate oneself. This is the perfect song for listening to at your preferred summer beach resort and will give you a boost.

Imagine yourself listening to Yuna’s soulful voice and build-up of minimal beats around the resort swimming pool or on the beach as the waves crash upon the shore. This song tells the story of fallen tears and heartbreak with a triumphant and resilient determination to let the music in and feel the freedom of dancing to your own rhythm.

Last, but not least, no summer playlist would be complete without the song ” Señorita” by Shawn Mendes and Camila Cabello. Regardless of your dancing abilities, from advanced salsa dancer to awkward shuffler, it is impossible to listen to this song without needing to dance to it. In fact, we dare you to stay completely still while listening to it. It is nigh on impossible!

There is an interesting story behind this catchy song. Cabello and Mendes met on the road after she was discovered on The X Factor and Mendes became an overnight success after his popular social media profile gained the attention of record executives. The making of the song pre-dates their official relationship as they worked on it for almost a year, but there are hints in the song that the two had already fallen in love. “Señorita” was released on June 21, 2019, and two weeks later, on July 4, 2019, the pair officially became a couple. As of June 3, 2021, they’re still going strong, as is the song.

Summer 2021 promises to be a summer unlike any other. We hope that this summer playlist will get you in the mood for an exciting summer ahead and that you will create new fond memories listening to these perfect summer songs.