Christmas Dinner Around the World 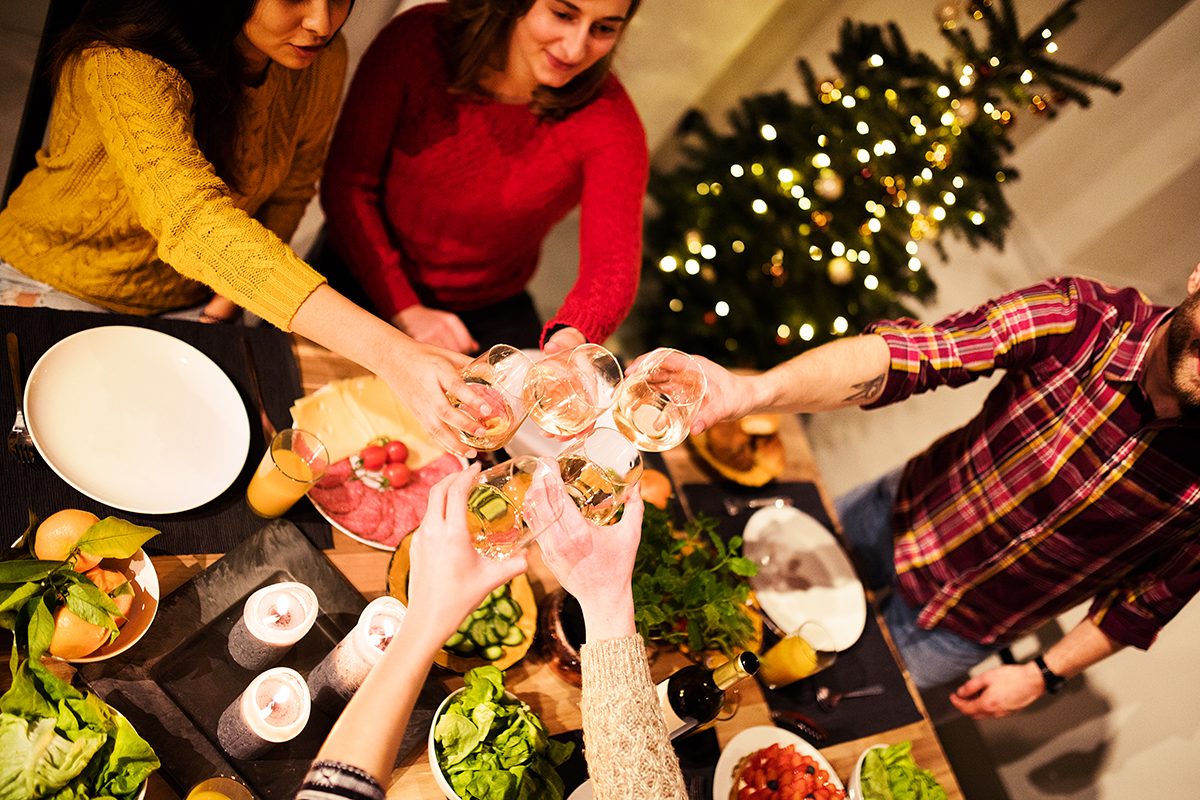 Just as each unique family has its own particular way of celebrating Christmas through the food they eat, cultures throughout the world also have their own culinary spin on the holiday.  Although traditional Christmas dinners served in countries such as Great Britain and the United States focus on a meat dish like turkey, roast or ham which is accompanied by delectable side dishes like cranberries, sweet potatoes, green bean casserole, rolls, mashed potatoes, rich desserts and so on, Christmas dinner tables around the globe feature many other types of meals.

Check out what some of our global friends feast upon for Christmas dinner: 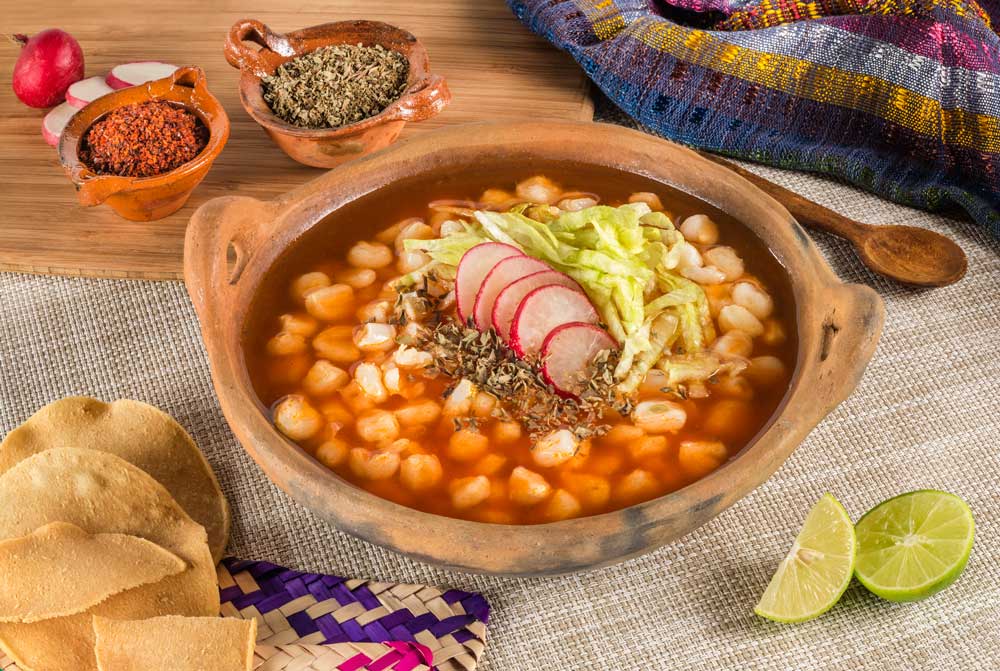 Christmas meals are a flavorful affair including traditional stews and soups like pozole, fish dishes, savory tamales and sweet treats such as buñuelos. 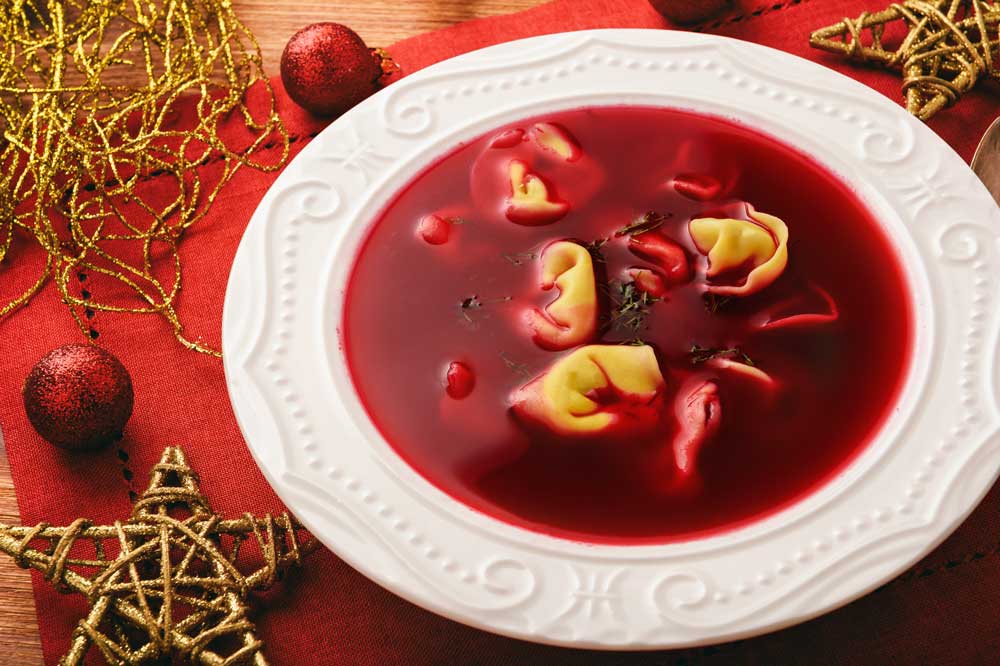 Dishes such as dumplings and borscht feed loved ones as they get together for a massive feast known as Wigilia (Star Supper). 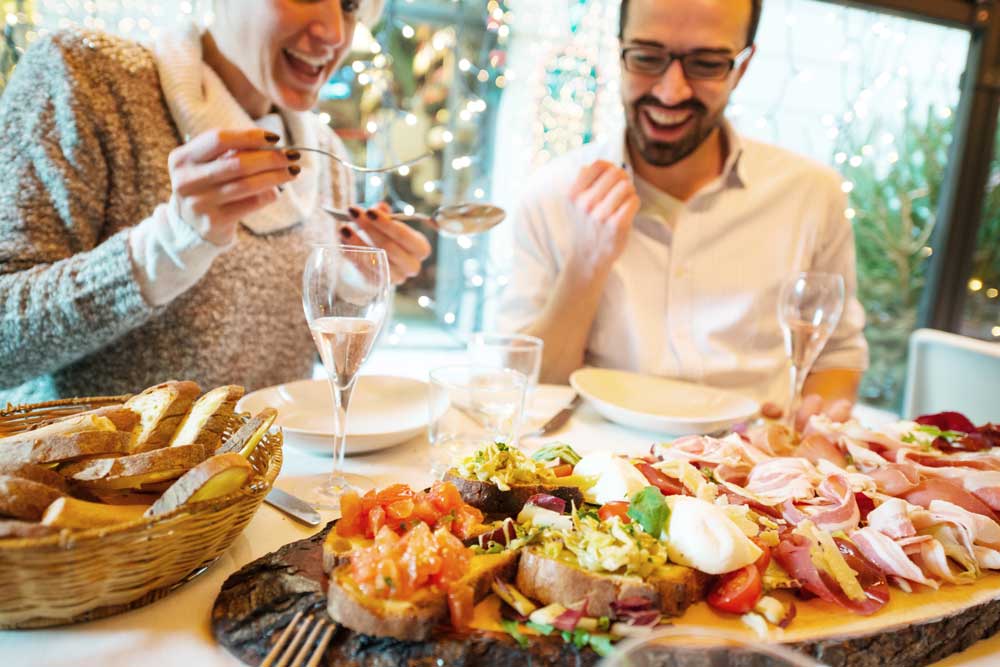 Specialty dishes like fried eel star during the Christmas Eve celebration known as the Feast of the Seven Fishes, and on Christmas Day, pasta and meat dishes take center stage. 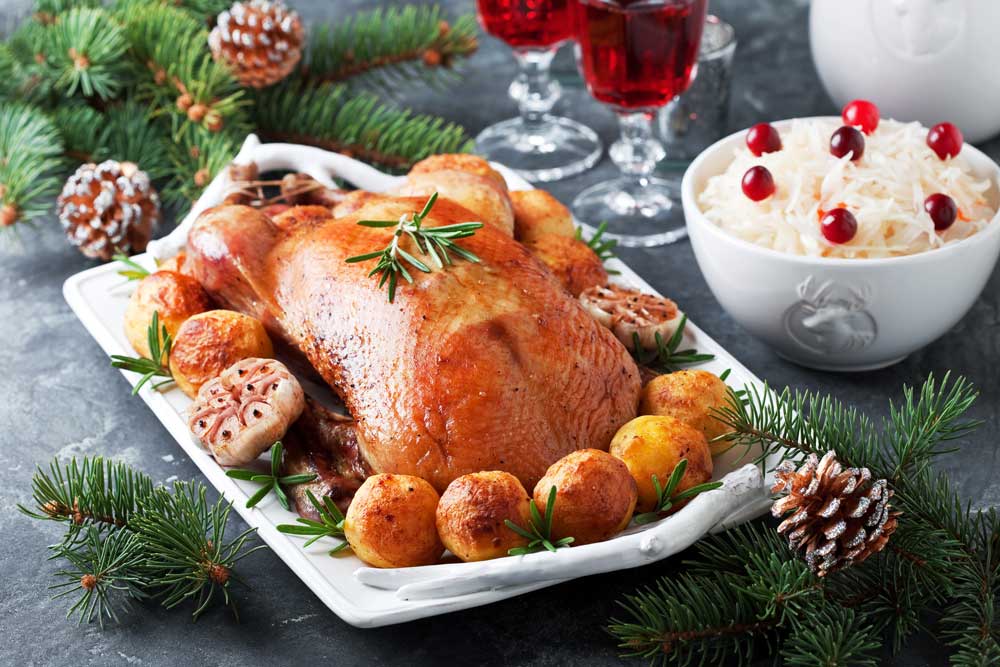 Legend here has it that if you don’t eat well for Christmas dinner, demons will haunt you, which is a great excuse to feast to the max on roasted goose and red cabbage, and finish the meal off with lots of stollen, a fruit and nut loaf. 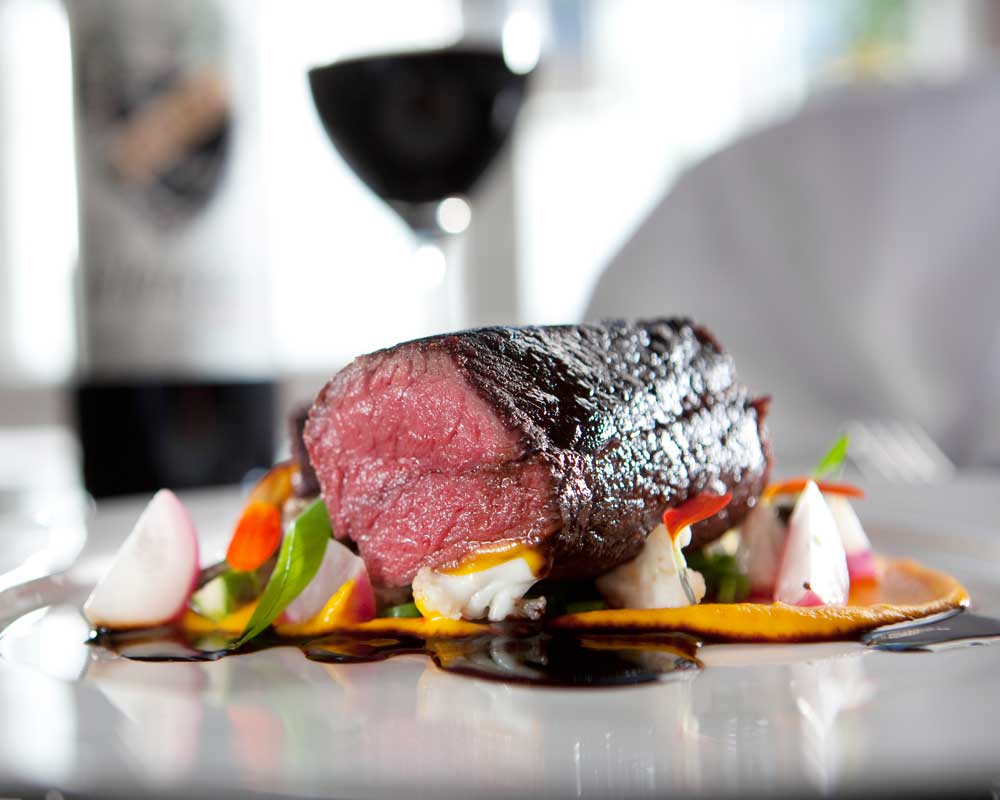 If you are visiting Iceland for the holiday, prepare yourself for the surprising (for most of us, anyway) dishes of roasted reindeer and puffin.  Can you imagine the awkward talks parents must have with their children about Rudolph?!

Fried carp and a thick sauerkraut soup called kapustnica are typically served on Christmas.  Carp is such a big deal in eastern Europe that it is common for families to buy a live fish and store it in their bathtub until it is time for it to be cooked! 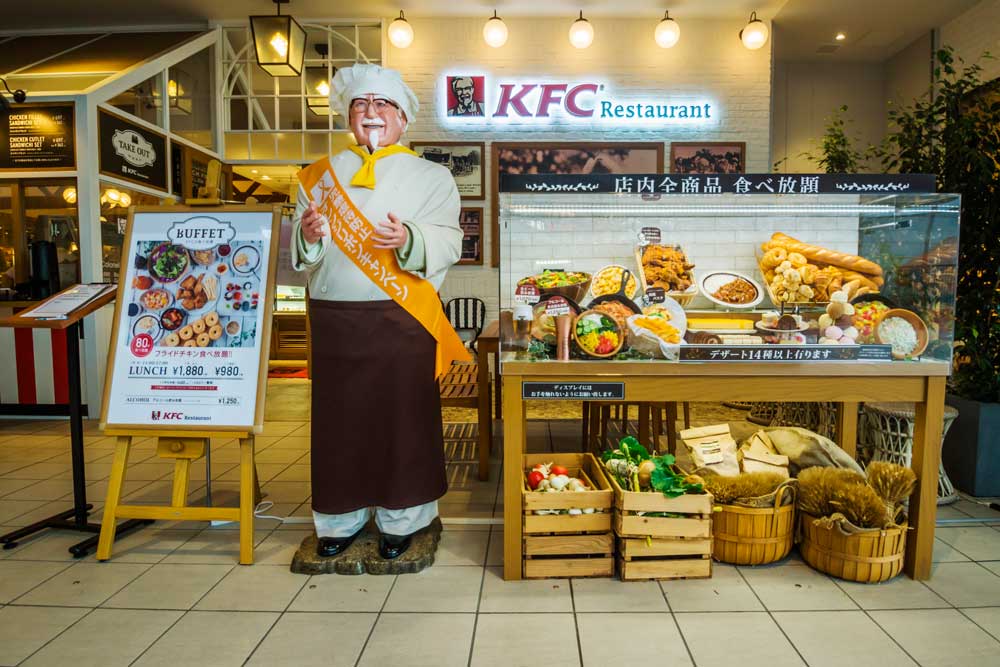 Although Christmas isn’t celebrated here as a national holiday, KFC helps them remember it nonetheless.  During the seventies, the fast-food giant used a clever marketing campaign to promote the holiday (“Kurisumasu ni wa kentakkii!”, or “Kentucky for Christmas!”), which is why a bucket of fried chicken is still an essential meal in Japan every December. 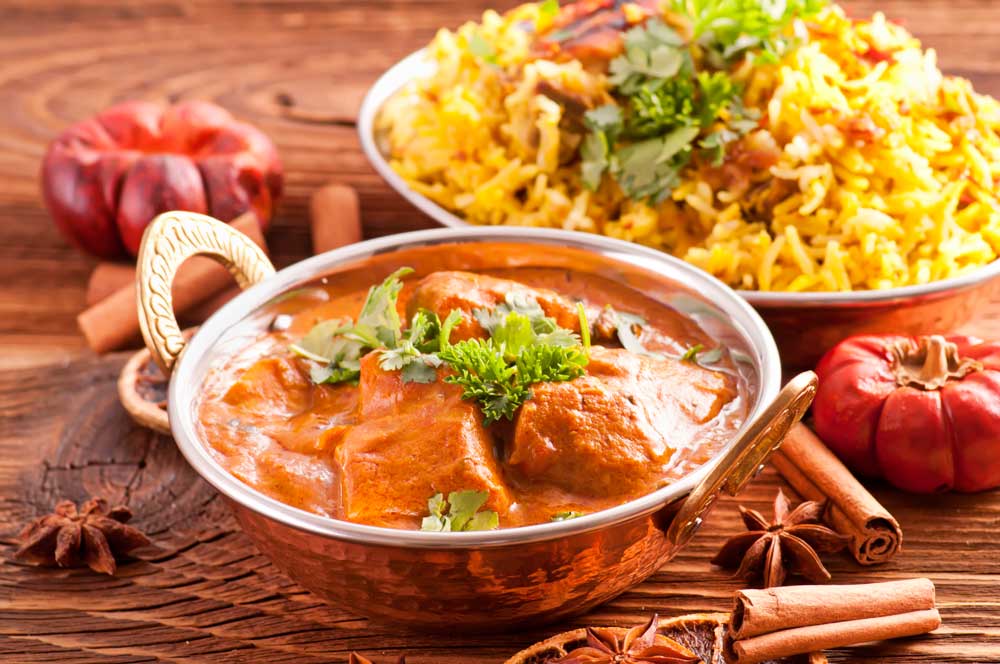 Christians here celebrate with a lamb stew served with rice, garlic and bread known as fata, but don’t get around to the festivities until January 6 because Egypt follows the Coptic Calendar. 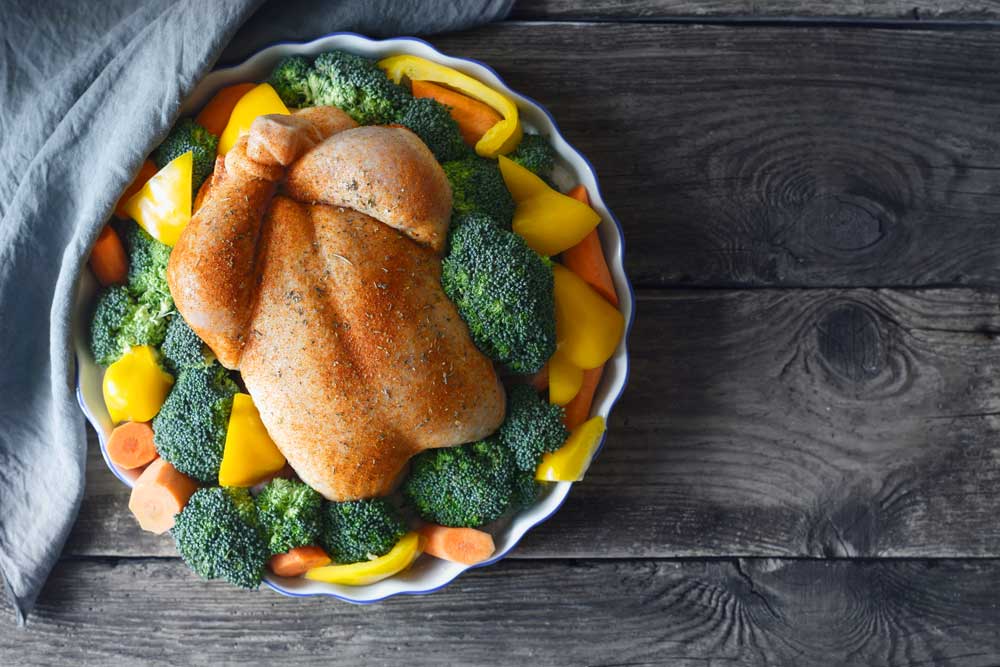 No Christmas menu here is complete without turkey, while cozy hot chocolate is traditionally the beverage of choice.