What did the Ancient Mayans Eat?

Although many of the traditions and customs that belonged to the ancient Mayan society remain unknown, there were portions of their culture that were chronicled, and one important part that is still alive and well today is the foods they dined upon. Several of the staple foods in their diet are still consumed regularly in countries like Mexico where the Maya at one time ruled large regions. While the foods may have ancient roots, the scrumptious foods that are listed below are as relevant as ever. The ancient Maya discovered these foods hundreds of years ago, yet these foods are still found in many home kitchens, not to mention restaurants, today.

Within the Mayan culture, tamales are one of the most beloved foods in the diet. Made with corn masa that envelops tasty filling options such as cheese and chilis, pork or chicken, they are then wrapped up in corn husks or banana leaves and steamed. Once they are done, tamales are unwrapped and eaten, typically with a hearty portion of freshly made salsa on top. Tamales are sometimes also made with sweet fillings like fruit or sweet corn. The Maya have been making and enjoying tamales as part of festivals and celebrations for many centuries, and they are still a favorite treat in Mexico during the holiday season (even though they are made all year long).

Simple yet delicious handmade corn tortillas, which are made with ground corn masa and cooked on a wood-fired oven or a traditional comal, have been a diet staple for centuries for the indigenous Maya. Corn tortillas make a hearty addition to meals ranging from roasted meats and vegetables to basic rice and beans. Fresh handmade tortillas are still in high demand in modern times because they are a delectable part of foods such as enchiladas and tacos, and are even sometimes enjoyed with nothing but fresh salsa. 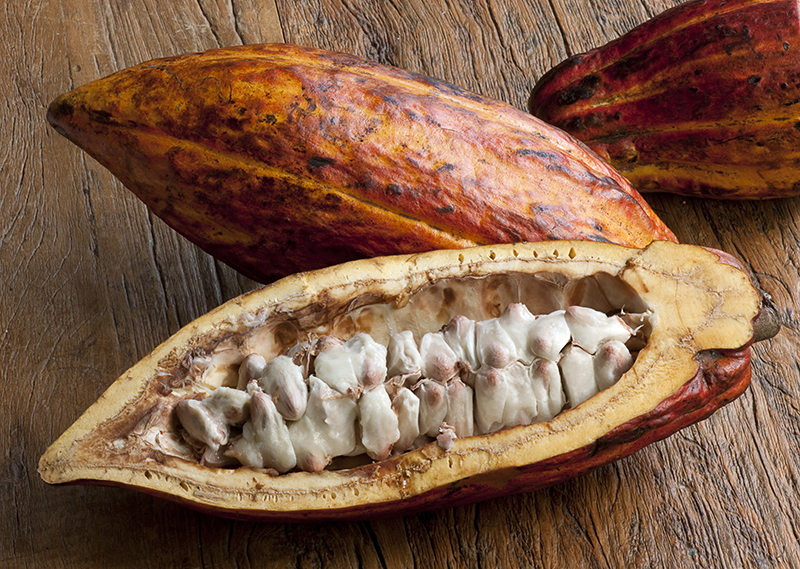 The Maya at one time ruled areas where the cacao tree is native, so it should come as no surprise that the ancient people uncovered the magnificence of the pod fruit. The seeds were roasted to make the first incarnation of hot chocolate, which the Maya used during traditional rituals and ceremonies. The Maya sometimes used the beans as a type of currency, and they also believed that cacao was bestowed upon them by the gods as gifts. When the Spanish began to invade Mayan settlements in the 1500s, they quickly become fond of the drink as well. The Spanish put their own twist on the beverage by adding sugar and milk, which they introduced to Europe upon their return where it rapidly became a beloved treat.

Ancient Mayan dining traditions have long influenced the typical breakfast served in Mexico, which often contains scrambled eggs that are accompanied by queso blanco (white cheese), beans and lots of piping hot tortillas guarded in a basket lined with cloth. The most common breakfast drink, meanwhile, is a steaming cup of coffee made with beans that are locally grown and roasted.

The avocado has become more popular than ever outside of Mexico in the last few years, but the savory fruit has actually been revered for centuries starting with the ancient Maya. They prized the avocado for its creamy texture and slightly nutty, satisfying flavor. The Maya enjoyed many different avocado varieties and they made the first form of guacamole by combining avocados with onion, lime juice and spicy chilis; many versions today also incorporate ingredients such as tomato, cilantro and garlic.

Native to the Yucatan Peninsula, this dish was made with meat that was preserved with salt long before refrigeration was invented. It boasts a rich depth of flavor thanks to the balance of salted slow-cooked pork and the acidic zing of orange juice and vinegar for a truly distinctive dish. Cilantro and sautéed onions finish it all off, making poc chuc a memorable food to try when visiting the region.

Our taste buds can thank the ancient Mayans for their incredible gift of delectable cuisine that still has a direct impact on the foods made and served in Mexico today. Try some of these delicacies the next time you visit Villa del Palmar Cancun for vacation!