Traditional Mexican Food You Should Try Once 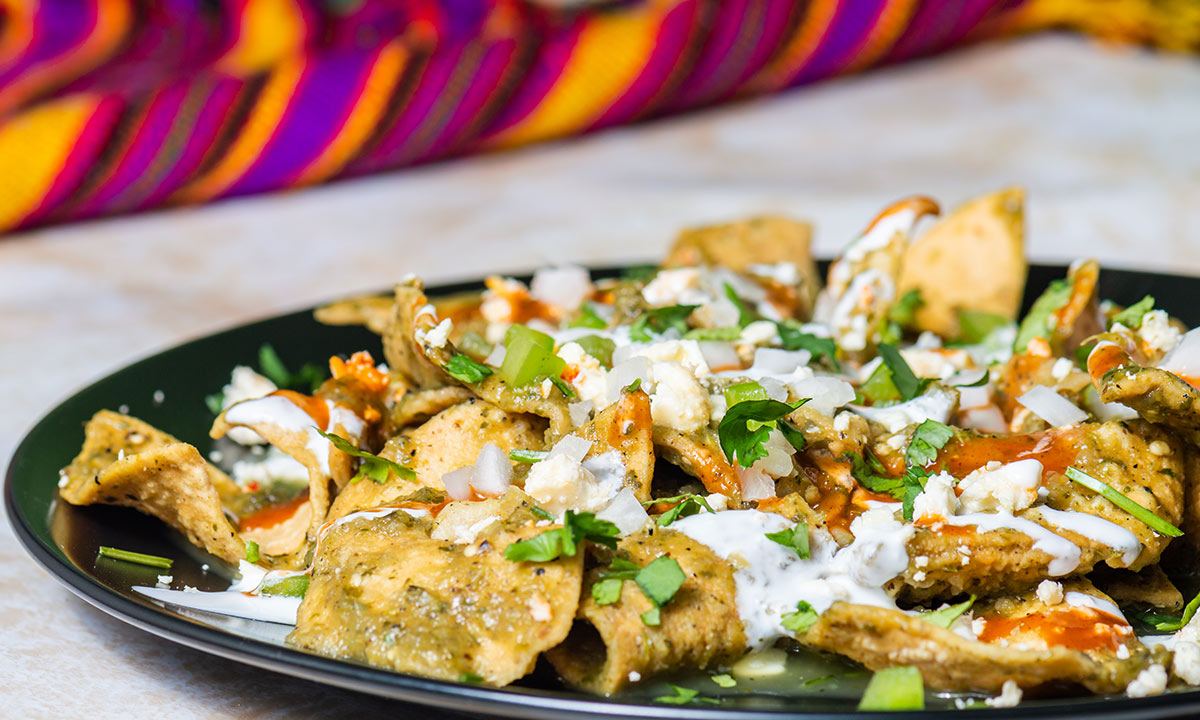 What is traditional Mexican cuisine? If you want to really get why traditional Mexican cuisine is such a big deal, first we need to talk about what tradition means. By definition tradition is “the transmission of customs or beliefs from generation to generation”, but to really understand the meaning behind these words is necessary to take a peek underneath the cultural collective of an entire region, or country for that matter. The way people cook can tell us a lot about how they see life, what they enjoy, what they consider special; a meal can be at the heart of a great celebration or just a delicious snack to go, like a taco, but food holds deep meaning for the Mexican culture and its people.

Once you learn a little bit about this beautiful culture and cuisine, you’ll slowly start to get more intrigued and excited about tasting everything everywhere you go, and even though some of the dishes might seem weird at first, like chapulines (grasshoppers specially farmed to be consumed) or escamoles (larvae of the güijera ant highly appreciated since pre-Hispanic times), once you try them, you’ll get why they are so popular. If you’re not feeling particularly adventurous, don’t worry, there are many other traditional dishes that you are guaranteed to love.

If when you think about Mexican food, you think of hard-shell tacos and nachos, or any dish with ground beef, lettuce, tomatoes, and cheese, that is actually an example of Tex-Mex food. Traditional Mexican cuisine is much different. Authentic Mexican dishes are a truly beautiful mix of textures, tastes, smells, and most importantly really fresh ingredients.

What is a Traditional Mexican Taco?

Traditional Mexican tacos are served on a small round corn tortilla, and topped with stewed, fried, or grilled meat that is marinated overnight with oregano, paprika, and cumin. The taco is then topped with onions and cilantro, and a squeeze of lime.

Why are Corn Tortillas so Popular in Mexico?

Maize is deeply woven into the traditions and culture of Mexico. The word maize is derived from the ancient word “mahiz” and comes from, Taíno, a now extinct language spoken by the Taíno people of the Caribbean. Maize is central to Mexico’s identity and there is evidence that it formed the basis of Mayan, Aztec, and Olmec diets and was their most revered crop.

The Popol Vuh creation story of the Maya tells about how deities made the first human beings out of white and yellow maize. This is just one example of how deep the connection with food is rooted in the Mexican culture, but there are plenty of other stories to hear as you taste history in every dish.

Whether you’re craving some seafood or something with meat, Zama restaurant at Villa del Palmar Cancun, has a menu rooted in cultural tradition that will exceed your expectations during your vacation in beautiful Cancun.

Below are 5 recommendations with a bit of history about the dishes you should try while you’re in the Riviera Maya. At Zama restaurant, you will find dishes from all different regions of the country all united underneath Zama’s giant palapa, a structure reminiscent of traditional Mayan houses, for you to enjoy. Each preparation is full of ritual and tradition and at the center of this rich cuisine is maize, with a history so ancient and powerful that it will make you understand why Mexican cuisine made it onto UNESCO’s list as an Intangible Cultural Heritage of Humanity.

Tikin Xic, in Mayan language it is pronounced as “teekeen sheek”, and means “dry fish”. This authentic dish is a local delicacy found throughout the Yucatan peninsula prepared with red snapper or grouper, achiote paste, red onion, tomatoes, red and green peppers, and sour orange juice. Banana leaves are used to cook the fish.

The achiote gives the dish a distinct red-orange color and, one of the secrets to this flavorsome dish, is marinating the fish for 24 hours before cooking it over a wood fire.

This dish is one of the stars of Zama’s menu and is served with rice and vegetables.

Tlayudas are a Mexican style pizza that originated from Oaxaca’s central valley and are a staple dish of traditional Mexican cuisine. The classic preparation involves grilling a thin, large corn tortilla over hot coals, until it gets crispy. The crispy tortilla is the base, and then it is topped with black beans, Oaxaca cheese, tomato, avocado, flank steak, and cabbage.

You can eat a tlayuda by cutting it with a knife and fork and eating it open-faced, or you can fold it. However, you choose to eat it, without a doubt you will appreciate the simple deliciousness of a tlayuda.

The word barbacoa means “barbecue” in English. Barbacoa de Res essentially means barbecued beef. In Mayan, barbecoa is the word “Baalbak’Kaab” which means “cooking under the ground”. This refers to an indirect heat cooking system invented by the pre-Hispanics, which involves making a hole in the ground (underground barbecoa), heating it with firewood, and putting stones on top. The meat is wrapped in banana or maguey leaves and placed over the stones and left underground to be cooked for hours and hours.

At Zama restaurant, the meat is cooked in its own juices, following this pre-Hispanic tradition, wrapped in maguey leaves and cooked underground in keeping with the heritage from our ancestors.

Quesadillas are an important part of traditional Mexican cuisine and while it is a famous food that is enjoyed all over the world, quesadillas are an authentic Mexican dish that are thought to originate from the south-central regions of Mexico. While we have talked about the importance of the corn tortilla, due to the abundance of maize in the region, flour tortillas are typically used to prepare quesadillas. Did you know that the word tortilla actually means “little cake?” Flour tortillas came after the corn tortillas, but became an alternative when wheat became a more commonly harvested part of agriculture.

However, at Zama restaurant, quesadillas are prepared with corn tortillas and topped with mozzarella cheese, cheddar cheese, romaine lettuce, guacamole, and pico de gallo. Cheese is the main ingredient and then you can choose between shrimp, beef, or chicken. Quesadillas are a very tasty way to enjoy a light lunch.

Enchiladas are a common dish that can be found around the world. Enchiladas date back to Mayan times and back then it was common for ancient Mayans to roll other foods into tortillas. As an interesting fact, a recipe for enchiladas was found in one of the first ever Mexican cookbooks that dates back to the 1800s. The preparation of this dish involves filling a corn tortilla with various ingredients such as chicken, fish, beans, potatoes, and vegetables, rolling it up, and smothering it with chili sauce and cheese.

At Zama, you can enjoy our interpretation of the enchilada stuffed with chicken and smothered with Cotija cheese and green sauce.

These are just a few examples of traditional Mexican cuisine that you can find around Mexico, especially in the Yucatan Peninsula, and you can enjoy all of them at Zama restaurant at Villa del Palmar Cancun. So, if you want to enjoy a fantastic foodie vacation, come to experience all the different varieties of authentic Mexican food, you won’t regret it!