The History of the Mexican Margarita 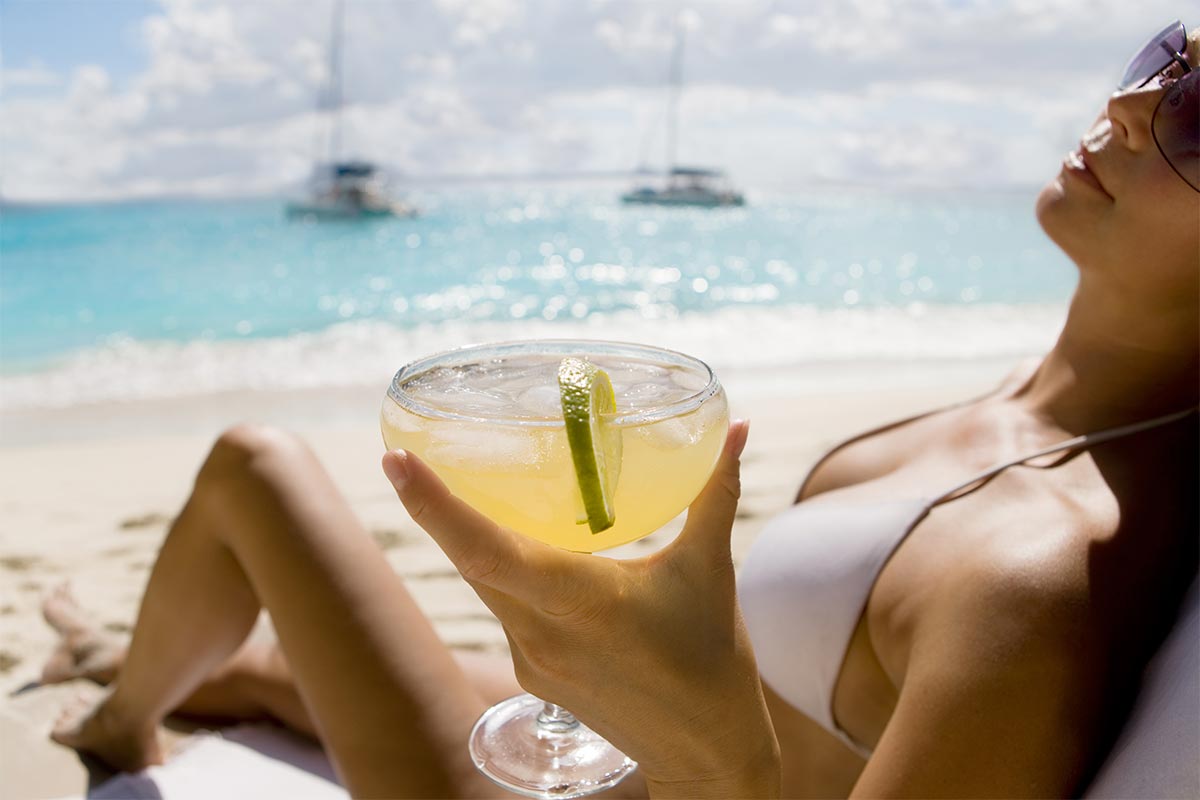 The margarita is by far the cocktail most synonymous with Mexico, but where did the drink actually originate? Combining ingredients including tequila, triple sec (orange-flavored liqueur) and fresh lime juice, the classic margarita is a refreshing drink that can be served on the rocks (shaken and served over ice) or frozen (blended with ice to make a frosty concoction). Margaritas are often served with a salted rim, especially the classic lime flavor. Over the years, there have been countless versions and flavors of margaritas dreamed up, with fresh fruits such as mango and strawberry being particularly popular. The actual history of the Mexican margarita is a bit unclear, although there are several different stories that claim the right to its origins, most of them involving a beautiful woman.

Take a look at some of the possible ways that the delicious margarita came to be:

Of all the stories about the history of the margarita, the one about Mexican restaurant owner Carlos “Danny” Herrera dates back the furthest to 1938. His eatery Rancho La Gloria was situated between Tijuana and Rosarito where customer and stunning Ziegfeld dancer Marjorie King enjoyed going. She was reportedly allergic to most types of alcohol, but was able to drink tequila. Herrera was reportedly inspired to create a palatable drink for her, and the margarita was born.

Another version claims that the margarita was dreamed up by bartender Don Carlos Orozco at Hussong’s Cantina in Ensenada. He had reportedly been tinkering with new drinks, and when Margarita Henkel, daughter of a German ambassador, stopped by for a drink, the bartender offered her one. Since she was the first person to try this new cocktail, he named it the “Margarita” in her honor.

Some circles believe it was Margarita Sames, a powerful Dallas socialite, who invented the cocktail and served it to her guests while staying at her vacation home in Acapulco. One of her guests was none other than Tommy Hilton, who fell in love with the tasty drink and introduced it to his family’s Hilton brand of hotels, which helped quickly spread its popularity.

Perhaps the most likely of all stories, however, is that the margarita is a version of an American drink called the “Daisy” which was popular during Prohibition. When more people started to cross the border so they could drink, tequila was often substituted for other liquors like gin, whiskey and brandy. The cocktail, which combined tequila, orange liqueur, lime juice and a splash of soda, soon was being called the margarita, which translates from Spanish to daisy.

One of the biggest names in tequila production, Jose Cuervo, claims that the cocktail was created by a bartender in 1938 who named it after Rita de la Rosa, a Mexican showgirl. Another story points to actress Rita Hayworth (whose real name was Margarita Cansino), who was reportedly offered a drink, which was ultimately named after her, while working at a theater in Tijuana during the 1940s.

No matter what the true history of the Mexican margarita really is, it is certainly one of the most delicious and sought-after cocktails around. When you choose to spend your vacation at Villa del Palmar Cancun, you will have ample opportunity to try an array of mouthwatering margaritas. Salud!