Why You Should Visit Tulum? 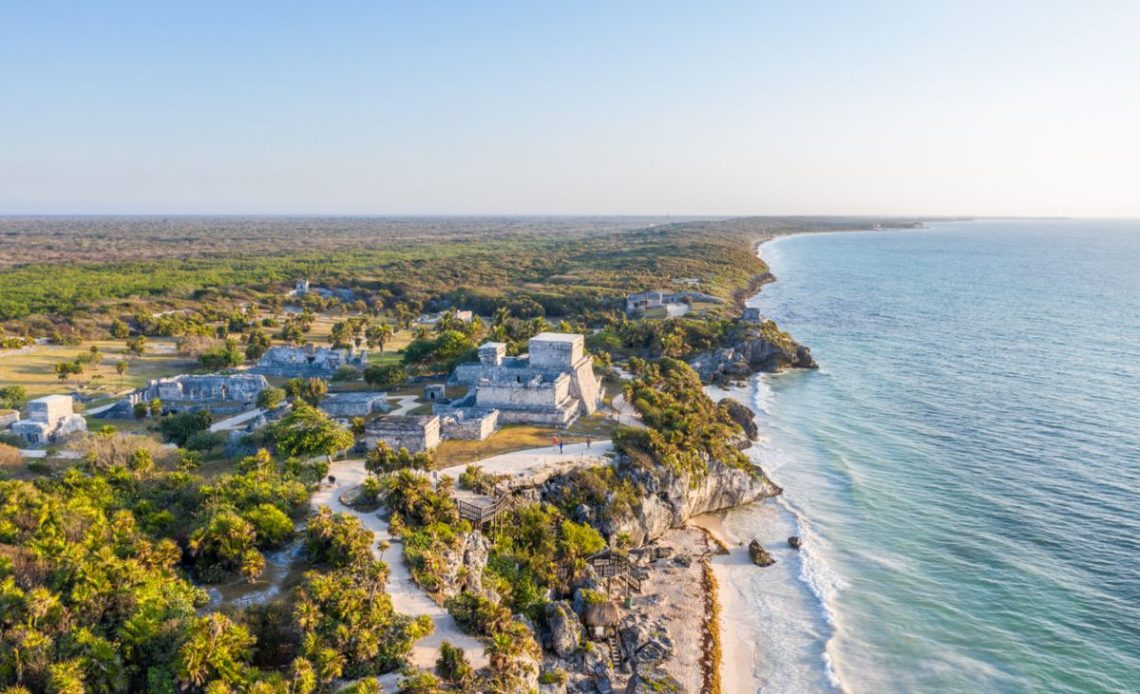 When staying at Villa del Palmar Cancun Beach Resort & Spa, you’ll be only 80 miles from the ancient ruins of Tulum, once an important Mayan seaport and a stunning example of pre-Columbian architecture.

“Tulum” means wall or fence, and is a fitting name for these ruins which were one of the few walled Mayan settlements. A huge limestone wall, 16 feet high in some places and nearly 800 feet long, surrounds the once mighty commercial port which, in its heyday, traded in precious materials like jade and turquoise. It is often assumed that the wall was built in order to protect the trading port from invasion and attack from seaborne enemies, though some historians suggest that it was built to separate the peasants from the nobility and priests of Tulum. Either way, the wall went a long way towards protecting the strategic location that served the important town of Cobá some 30 miles away during the 13th and 15th Centuries.

However, it is interesting to note that the original name of the ruins is thought to be Zamá  which means “City of Dawn” in Yucatan, most probably to represent how the city faced the rising sun.

It has been speculated that one of the reasons Tulum is so well preserved is that it was one of the last inhabited cities held by the Mayan empire following the initial Spanish occupation. In fact, it is thought that Tulum continued to thrive a further 70 years only to fall into declined due to diseases brought over by the Spanish conquistadores to which the Maya had no real immunity. Whether this is true or not, we know one thing for certain; by the end of the 16th  century the glory of Tulum had faded and the settlement was completely abandoned.

You would struggle to find a finer example of pre-Columbian architecture in Mexico than Tulum. Positioned 39 feet above a stunning beach with crystalline waters, Tulum is fantastically well preserved. Often compared to the style of the ruins at Chichen Itza, Tulum is smaller but no less awe-inspiring. Surrounded by its iconic limestone wall, Tulum contains three main buildings; El Castillo (the Castle), the Temple of the Descending God (the God of Diving) and the Temple of Frescoes, all of which are worth exploring. In some of the other buildings in Tulum there are some well-preserved and beautiful frescos which depict Mayan Gods, the living, the dead and the heavens in all their glory.

If you visit Tulum for a day trip, remember to bring your swimsuit and towels! The beach directly below the ruins is stunning and the waters are beautifully clear. In fact, this particular beach is regarded as one of the most idyllic in the Riviera Maya. Leaving the comfort of Villa del Palmar Cancun for a day in Tulum is the perfect way to learn about the Mayan Empire, spend some time with your family and soak up some sun in a historic paradise. Tulum is undoubtedly an attraction that should be top on your “must see” list!