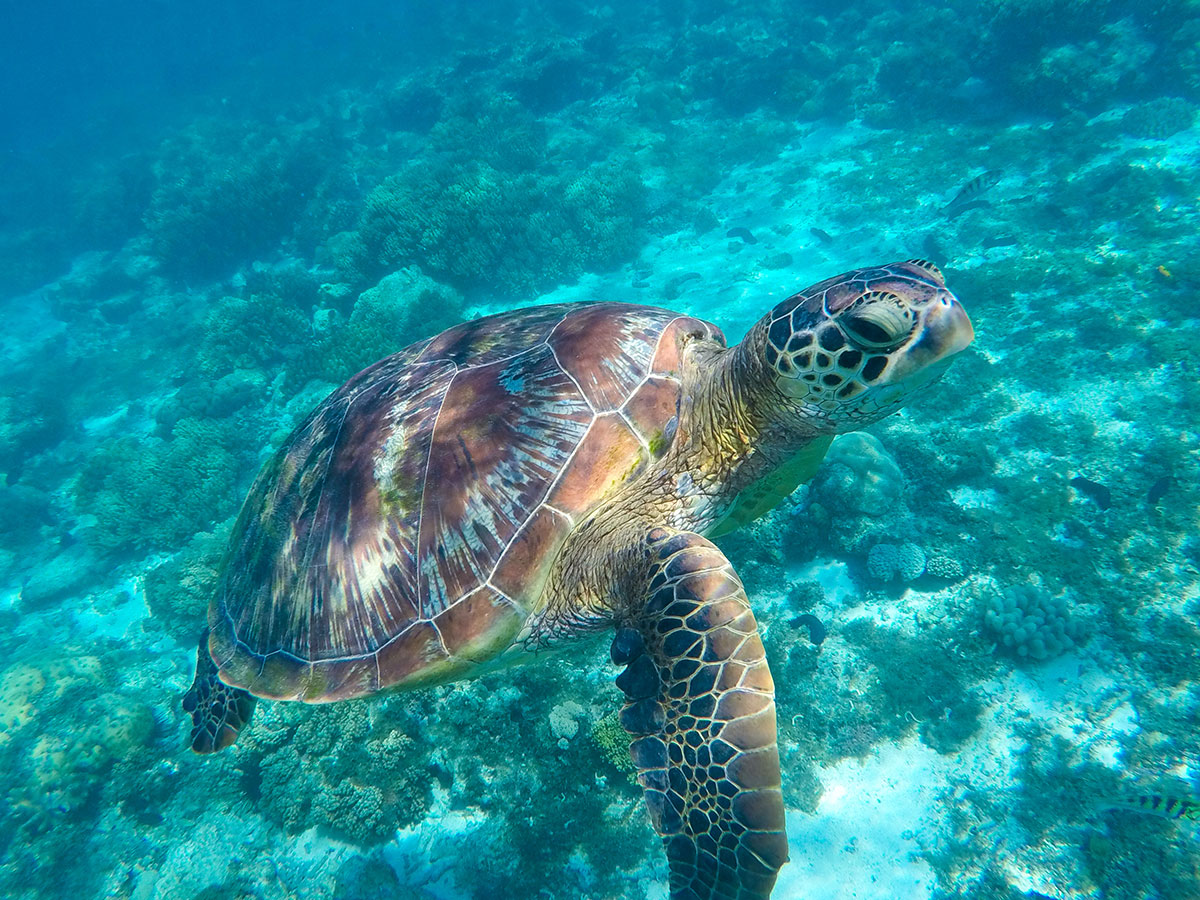 As some of the most charming animals to grace the waters of the Caribbean Sea, sea turtles are naturally a big hit with vacationers who travel to Cancun. Green, hawksbill and loggerhead sea turtle species enjoy spending time in the resplendent crystal-clear turquoise waters of the Caribbean, which gives visitors plenty of opportunities to witness them in their dazzling natural habitat. There are several activities you can enjoy at Villa del Palmar Cancun which could bring a turtle sighting at any time, including snorkeling, kayaking, swimming in the sea, paddle boarding or even just hanging out on the gorgeous white sand beaches. The region even offers adventures at night that seek out sea turtle encounters, including guided turtle walks and diving amongst the coral reefs where they tend to congregate in the evening. 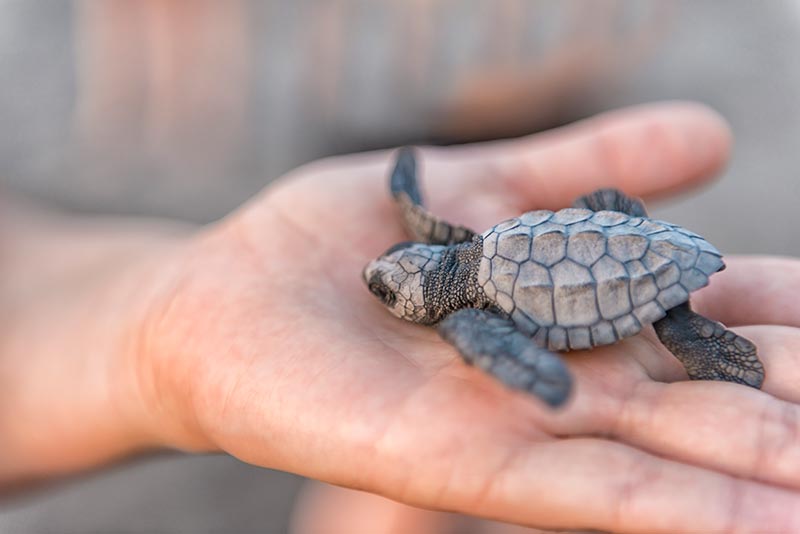 Sea turtles in Mexico are, thankfully, protected by law, making it illegal to capture or hunt them or their delicate eggs. Local citizens, visitors, devoted volunteers, and resorts in the area including Villa del Palmar Cancun focus on keeping sea turtles safe from harm. Since they are extremely susceptible to a wide range of dangers and predators, they instinctively steer clear of human activity, particularly on land, whenever possible. There are many turtle protection programs in and around Cancun that are volunteer-led which work hard to observe the beaches for new nests of eggs in order to protect them from threats including animals that hunt for their eggs as well as human poachers.

The Season for Mating & Nesting 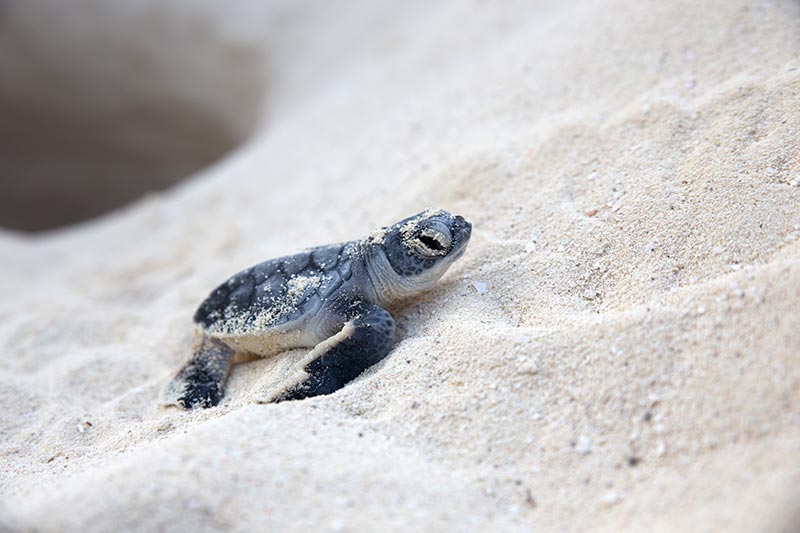 The mating season for sea turtles in Cancun generally runs each year from May through July. They flock to the Caribbean waters to breed, and after a female becomes pregnant, she will be driven by pure natural instinct to clamber to the shore and build a nest.  Once she has dutifully pulled her heavy body across the sand to dig a nest that is big enough to accommodate her eggs, she carefully lays them and buries the nest in the sand before heading back to the sea. This fascinating maternal ritual is usually done between the months of May and October.

If you are lucky enough to observe this unforgettable occurrence, give the turtle plenty of space and do not approach her, stay as quiet as possible, do not shine a light at her and avoid taking any flash photography. When turtles are pregnant, they are even more vigilant about avoiding humans which is why it is crucial that they do not feel threatened in any way. If they are frightened, they sometimes retreat back to the water’s safety before laying their eggs, which can cause them to be released into the sea instead, where they will be lost forever.

A Time for Hatching 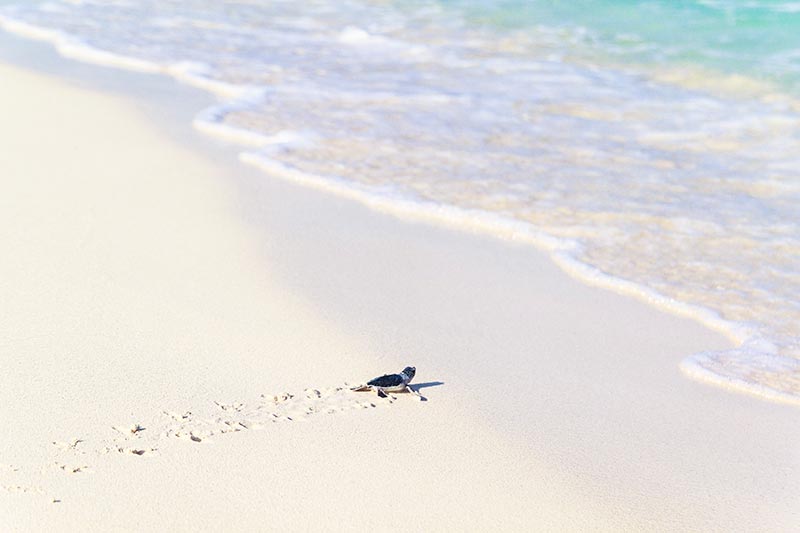 Whenever a new turtle nest is spotted, volunteers hurry over to identify its position. If it happens to be located in a place where it can be watched over, the nest will be left intact; when this is not the case, the nest will be recreated in a safer place where volunteers can keep a close eye on it and guard it from various dangers. Baby sea turtles generally begin to hatch in July and continue until October. Seeing newly hatched sea turtles race to the water to begin their solo journey into the world is incredibly moving, and visitors both young and old find themselves captivated by the sight.

Discover the enchantment of sea turtles for yourself during your next vacation at Villa del Palmar Cancun!