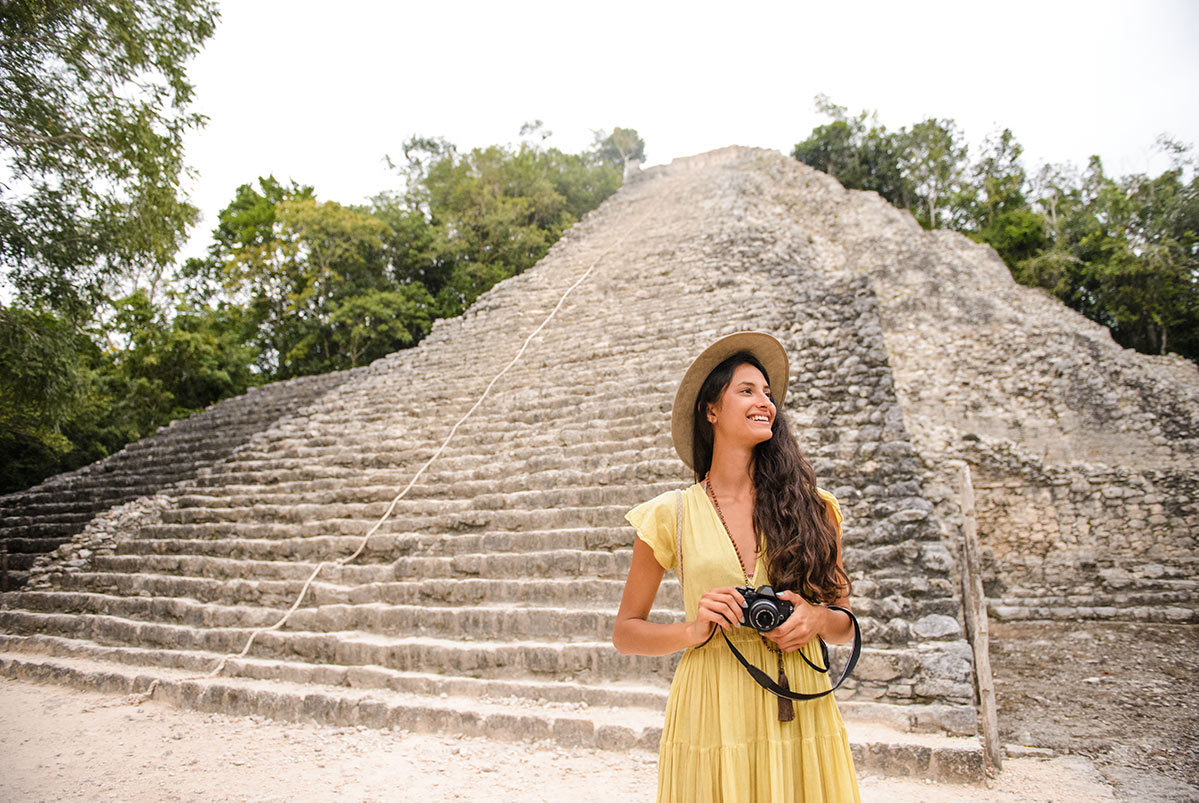 Deemed by some archaeologists as one of the most significant historical sites on the Yucatan Peninsula, Coba will take you on a fascinating journey through the ancient world of the Mayan culture. Surrounded by two large lagoons and lush vegetation, this site was not actually discovered by archaeologists until the mid 1800s because of its remote location in the jungle. It was not closely studied until the 1920s due to the dense jungle as well as the Caste War that was going on. The site is still mostly unexcavated, making a visit to this Mayan gem even more spectacular. Coba has only been open as an archaeological site since 1973, and even though it is estimated that there are roughly 6,000 structures in the encompassing area, there are only three main settlements that are available for viewing to the public. During your next getaway to Cancun, be sure to spend some time at this splendid archaeological site. 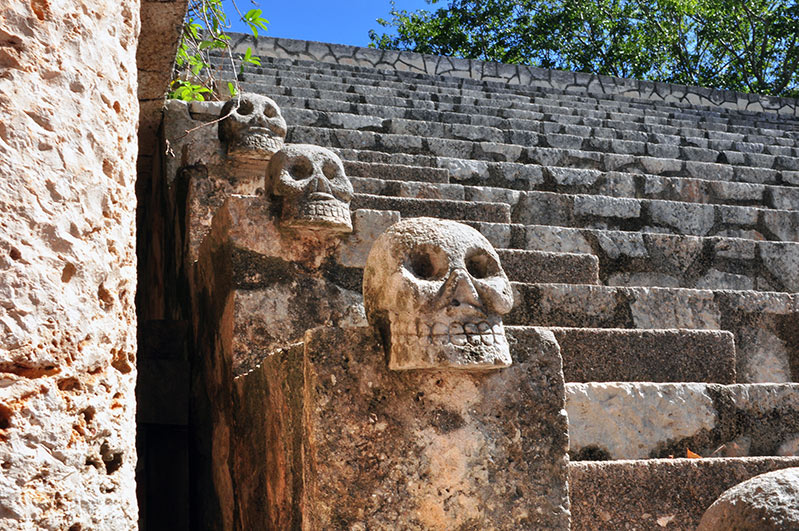 At the height of its power, which was between 600 and 900 A.D., the population of the Coba settlement swelled to around 50,000 residents. Agriculture was one of the main industries there at the time, and thanks to the two nearby lagoons, the population had plentiful amounts of water. Coba frequently traded with other Mayan cities in the region including Muyil, Tulum and Xcaret. Sometime between 900 and 1000 A.D., Coba was involved in a battle for power of the Yucatan Peninsula with one of the region’s other prominent cities: Chichén Itzá. Coba eventually lost this long-running dispute. Historians believe that the Coba settlement was abandoned around 1550 when the Spanish invaded the area. 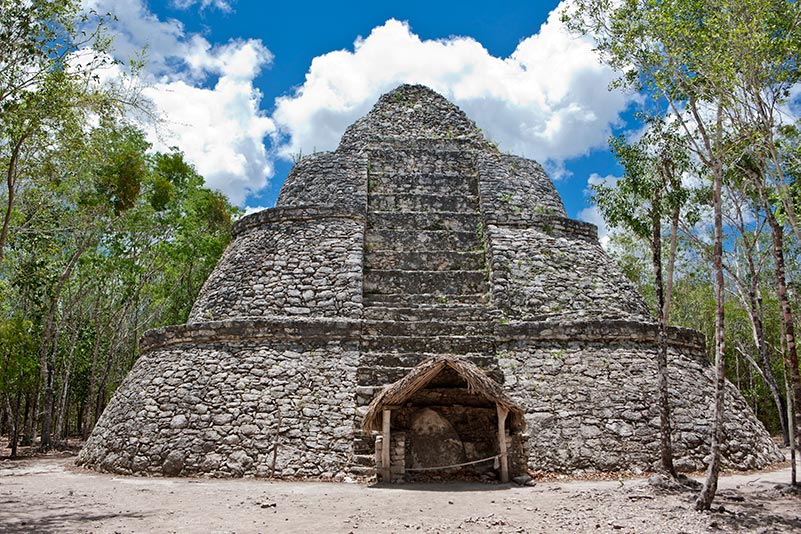 You have a few options when it comes to getting around the ancient site: you can walk, rent a bicycle or rent a chauffeured tricycle from which you can take in the views during a relaxing ride. Stroll along the shaded walkways which are known as sacbes (roads made of white limestone) and explore the three nearby settlements where you will see terrific examples of the magnificent architecture designed by the ancient Maya. The sacbes have been untouched throughout the centuries, meaning that you are walking on the same exact paths that the ancient inhabitants used. In addition to their use as walking paths, these roads were used to transport goods in and out of the Coba settlement. 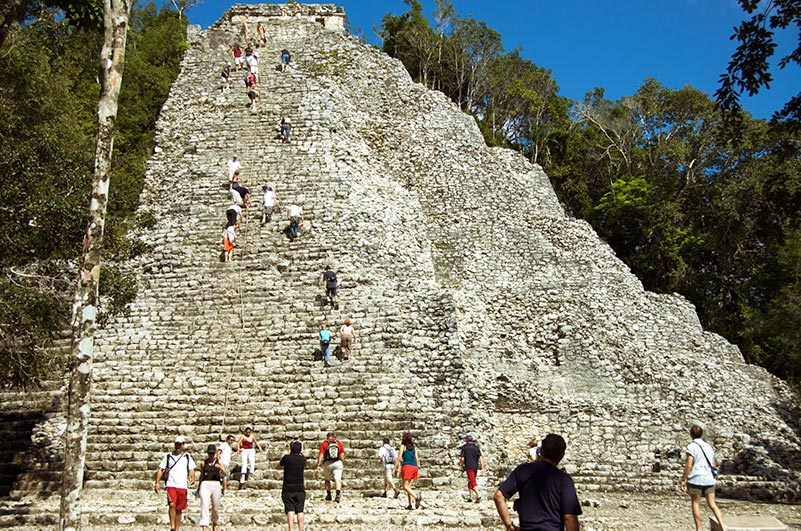 The settlements, which together covered more than 30 square miles and made up a large city during Coba’s height in power, all lead back to the towering main pyramid called Nohoch Mul. You can climb the ancient pyramid, which happens to be the tallest pyramid found in the Yucatan, and experience the same spaces once inhabited by this enchanting society. You will reach the top of the Nohoch Mul pyramid after climbing 120 steps, where you can enjoy sweeping views of the Coba settlement from a height of 137 feet. Visit the ball courts where intense games were once played and imagine what it was like to witness these displays of physical strength and endurance. Throughout the site at Coba, you can also view a large number of stone slabs called stelae which were decorated with glyphs and drawings that display significant events and history that occurred in Coba. Archaeologists have been able to interpret the information they contain, giving insights into the history of the region’s Mayan culture.

Visit the Coba archaeological site near Cancun during your next vacation at Villa del Palmar Cancun and see the area’s rich Mayan history close up!