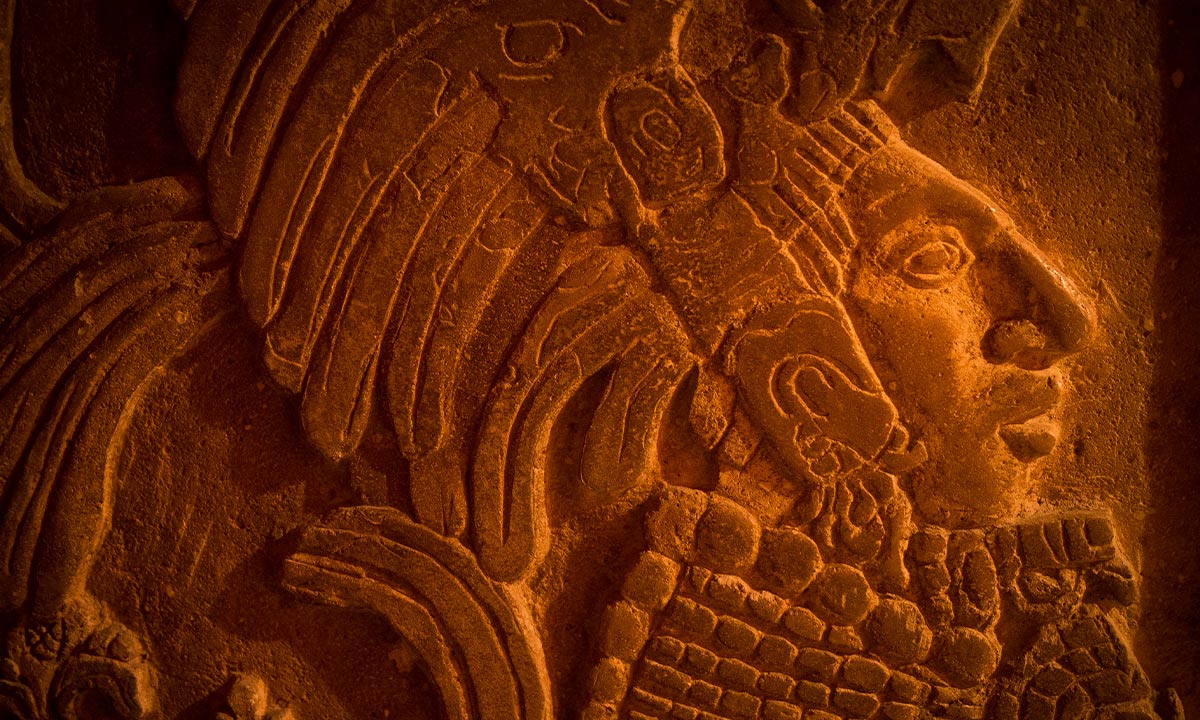 The pantheon of the Maya is a vast collection of gods and goddesses who were worshipped throughout the region which, today, comprises the Yucatán Peninsula, Quintana Roo, Campeche, Tabasco, and Chiapas in Mexico and southward through Guatemala, Belize, El Salvador and Honduras. Not all of the Mayan gods were venerated in all of the states of the Maya (at least, not by the same name) but the type of god, and what that god symbolized to Mayan people, was universally recognized.

Mayans worshipped around 250 deities, with some having older Mesoamerican origins while others were ‘conceived’ of during the late post classic period (900 AD till the early 16th century).

Much of ancient Maya history was lost owing to the mass burning of their books in 1562. Much information about the gods (and Maya culture) was irretrievably lost. Thankfully the Southern Quiche Mayan religious text, the Popol Vuh, survived to give historians an understanding of the Mayan pantheon. The Madrid Codex and the Dresden Codex – two of the pre-Columbian Mayan books dating from circa 900-1550 AD were also spared during intended mass destruction of the Maya religion by the Catholic presence in the area.

The Mayan deities were involved in every aspect of the life of the Maya and were treated as supernatural entities. They controlled the weather, the harvest, they dictated one’s mate, presided over every birth, and were present at one’s death. The way in which a city was planned and the precision with which the central temples were constructed, all was related to the way of the gods.

As with many religions, the myths and facts are often blurred through time and by area. Yet many of the Mayan gods and goddesses have remained consistent throughout history. Here are a few of the most important Mayan deities that continue to be worshipped today.

The feathered serpent deity, known to the Yucatec Maya as Kukulcán, is the most well-known and prominent Mayan god of the Maya pantheon. You will also see this god referred to as Gucumatz in the Quiche Maya designation and as Quetzalcoatl in the Aztec Nahuatl language. His origins date back to the Late Preclassic period.

Revered as the deity of water, wind, and one of the three main gods that were believed to have created the world and human beings. It was thought that Kukulcán taught the Mesoamerican people rules of law, agriculture, literacy, the arts, medicine, architecture, construction, hunting, fishing, and all other aspects of how to cultivate and run an entire civilization. He was also the representation of both good and evil, light and darkness, and so became a central figure in many of the myths of the Maya religion and culture.

It’s no wonder then that one of the most impressive architectural monuments in the world was built in the city of Chichen Itza in honor of Kukulcán by the Maya Itza people of the Yucatan Peninsula during the Pre-Columbian period. Chichén Itzá is a massive step pyramid, known as El Castillo or Temple of Kukulcán and is one of the Seven Wonders of the Modern World.

On the twin equinoxes each year (spring and autumn), the sun magically casts the shadow of a serpent which moves slowly down the stairs from the temple to the carved stone heads of Kukulcán and creates the image of a serpent descending to the earth. Even today, many of the Mayan, and non-Mayan people, congregate at the temple twice a year to receive the blessings of his visit to the earth.

Considered the founder of the Maya culture, patron and protector of the sciences, astrology, and writing, Itzamná is one of the most important ancient Maya gods known as the god of the sky and also as the god of wisdom. Often depicted as a toothless wise old man with a large nose, he was considered a creator and healer who could also resurrect the dead.

There are many stories and myths about him since he was considered a cultural hero, because of his contributions to the cultivation of corn and cacao, the creation of calendars, and the discovery of medicine. Further stories said that he was a priest who found the majestic city of Chichén Itzá and who produced the first characters (hieroglyphics) that served as letters for written communication in the region.

Itzamná was the son of the creator god Hunab Ku and was also associated with many patron gods including the sun god Kinich Ahau as well as being the husband of the goddess Ix Chel and father to their 13 children.

Ix Chel is one of the most important goddesses in the vast Maya Pantheon (from both the Classic and Late Postclassic Period, circa 250 – 1550 AD). She was also wife to Itzamná, one of the most powerful gods.

Like many Mayan gods, Ix Chel had powerful attributes and dual identities that made her very popular and she is still worshipped today.

One representation is as a young and beautiful seductress who espouses fertility, marriage, and love in addition to being the goddess of harvests and weather because she had power over the lunar cycles.

She was also represented as a wizened old woman who had the power to both create and destroy the earth, often being represented with claws, fangs, and a red body adorned with death symbols and skulls.

Ix Chel embodied both the yin and yang of female power.

The annual Sacred Maya Journey is a ritual ceremony held in honor of Ix Chel on May 26th, commencing at Xcaret Park in Quintana Roo. Hundreds of Maya canoers cross the Caribbean Sea to Cozumel Island to visit a temple dedicated to Ix Chel in order to receive blessings. This event is open for all and is quite an amazing experience to observe.

Things get a bit complicated when it comes to the mythical scope of the Mayan gods of death, and in Mayan religion, Ah Puch is just one of the many names associated with the aspect of death, including Ahal Puh, Cizin, and Yum Cimil, and he stands above the others known for his sovereign rule over death, disaster, and darkness.

Ah Puch was the ruler of the Mayan underworld and Metnal, the most abysmal of the nine Mayan hells. Ah Puch, similar to the devil, is not a kind god. His image is usually depicted as being in a state of decay, with his skeletal mask, protruding belly (filled with rotting matter), body adorned with bones, and a neckless hanging with eyeless sockets.

He was generally accompanied by a dog or owl and he thrived on human sacrifice, and was especially revered in the city of Chichen Itza, where people were thrown into a Cenote, a sacred well, as human ritual sacrifices for Ah Puch. He took pleasure in extinguishing the very essence of souls and keeping them in the underworld where they could be tortured. Ah Puch is also known as the god of childbirth and beginnings, but he works against the gods of fertility.

Buluc Chabtan was the Mayan god of war, violence, and sudden death. People prayed to him for success in war and, simply put, to stay on his good side in order to avoid sudden death. Blood was seen as nourishment for the gods and a human life was the ultimate gift to a deity. So many human lives were sacrificed to appease this deity on a regular basis.

In Mayan art, Buluc Chabtan is typically portrayed with a thick black line around his eyes and down one cheek. It’s also common for him to be in images where he’s setting fire to buildings and stabbing people. Sometimes, he is shown stabbing people with a spit which he uses to roast them over a fire. He’s often pictured with Ah Puch the Mayan god of Death.

These are only five of the Mayan gods whom we considered important to mention, who represent good as well as evil and helped the Mayans to explain concepts like knowledge, nature, and death, but as we said earlier, there are literally hundreds more. To learn more about the fascinating Mayans and mayan gods, click here.

The Difference Between Cinco de Mayo and Mexico’s...

Mayan Words and Phrases You Should Learn

What Does it Mean to be a Four Diamond Hotel?

Spa Treatments for Every Member of the Family